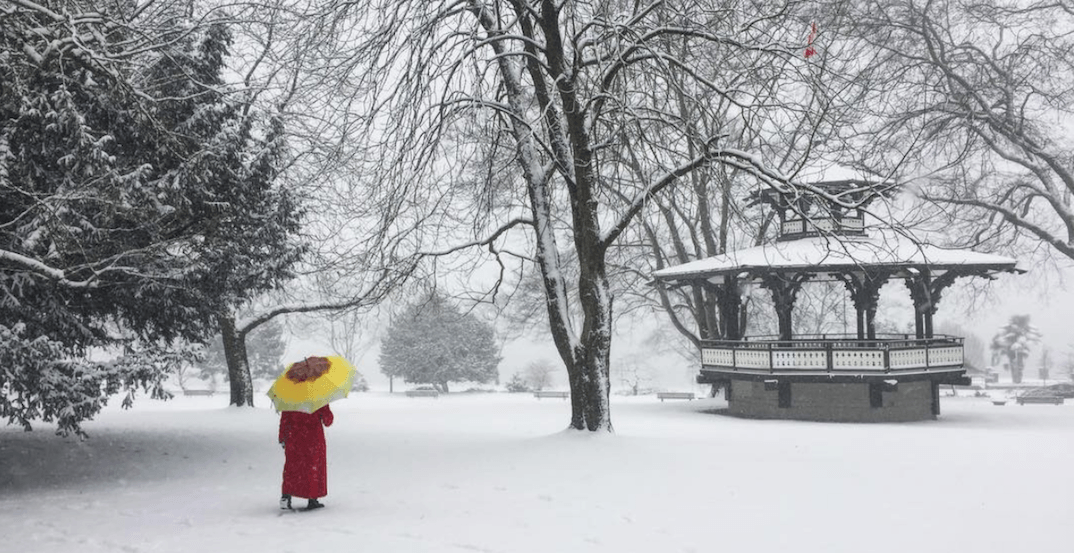 While Toronto woke up to cloudy skies and a high of 7°C on Friday, parts of Metro Vancouver weren’t so lucky.

The West Coast’s Lower Mainland has been blanketed by snow on and off over the past 24 hours, and Vancouver is now expecting up to 10 cm of the white fluffy flakes, while other areas are expecting up to 20 cm.

A weather warning was issued for Vancouver, and Mother Nature delivered a wintery blast that had Vancouverites waking up to a dusting of snow that will continue to accumulate throughout the day.

It’s nice to see winter from the other side of the country sometimes… especially considering how mild it’s going to be in Toronto this weekend.

Check out the snow on the west coast this morning.

Oh, and know that while we might have called in the army over 100 cm of snow one time, Vancouver is falling apart over 10 cm…