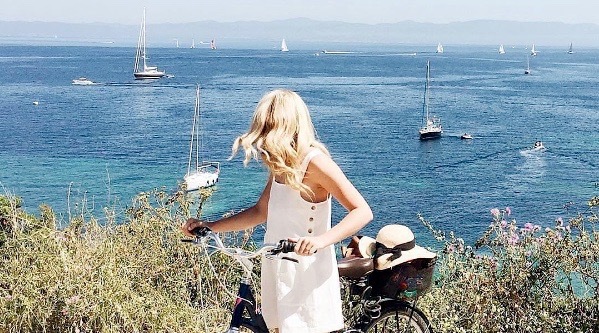 An influx of Vancouver brands have touched down in Toronto in recent years, making the 6ix a haven for VanCity transplants and Toronto natives who want to channel a little west coast way of life.

Well, here are 10 of the best places you can enjoy a taste of Vancouver in Toronto.

The West Coast roastery is a household name in Vancouver, having grown its following over four generations in business. Newly landed in Toronto’s East York neighbourhood, the cafe (open weekdays only) is introducing Torontonians to cups of its fresh beans that are roasted onsite in small batches.

From Water Street to Queen West, this line of streamlined essentials in muted colours has quickly caught on in Toronto.

Come through this weekend. We’ve got a Mackage bomber with your name on it.

The Vancouver born fashion boutique is already a staple in Toronto wardrobes and throughout North America. It’s house brand, Wilfred recently opened its first stand alone store in the Eaton Centre and is soon to be joined by another, Babaton.

Your annual membership works across all locations which means you can seamlessly transition your yoga practice from YVR to YYZ. Torontonians already outfitted in lululemon will fit right in.

That tip jar that reads “Bail Money” isn’t joking at Marc Emery’s Cannabis Culture outlets on Queen West and Queen East. As Toronto dispensaries struggle to get off the ground under the threat of police raids, the Vancouver activist is becoming firmly established and earns some serious cred for constantly reopening after each bust.

Popular Vancouver izakaya first launched in Toronto back in 2009 and rapidly expanded with offshoot ramen houses and aburi-style sushi bars. The Vancouver arm of the business split with Toronto operators back in 2015 in a move that saw existing locations renamed to Kinka, and Guu only just relaunching in Toronto’s Parkdale neighbourhood earlier this year.

Sweet, spicy and delicious! Our Salmon Oshi sushi topped with a jalapeño is out of this world. #aburi #MikuToronto

The Vancouver originator of aburi style sushi has made Toronto’s waterfront the home of its third location. The Japanese restaurant prides itself on serving Oceanwise approved seafood and is best know for its signature binchon-torched nigiri.

Vancouver and Toronto can empathize equally with how much $$$ it takes to live in the big city. That’s why both cities love the $4.95 menus from this bi-coastal chain of party bars. In addition to the outpost in the Annex, find Queen West Warehouse and The Dime on Queen West.

Vancouver pub, restaurant and barbershop operators, The Donnelly Group landed on King West this spring and instantly won over the neighbourhood with its impressive lineup of draught beers, perfect apres work patio, and menu of elevated pub grub.

Cheers to the weekend! Come watch the 🏀 game with us tomorrow & you could WIN tickets to their next home game! With Coors Light on special for $4.25, great views of the game from every seat and delicious game day fare, there’s no better place than the Deck to cheer on our boys #gorapsgo #🌵 #cactusondeck #cactustoronto #wethenorth

The West Coast chain landed in the Financial District with lots of fanfare in late 2015 and the multi-storey, rooftop patio endowed restaurants has charmed expense cardholders with its menu of Millionaire’s Cut steaks and Wu-Tangtini cocktails.

Zakkushi on Carlton and sister spot noodle bar, Ramen Rajin both hail from Vancouver where they were first established on Denman back in 2004. The izakaya first landed in Toronto in 2012 followed by the ramen house in Little Italy the following year.