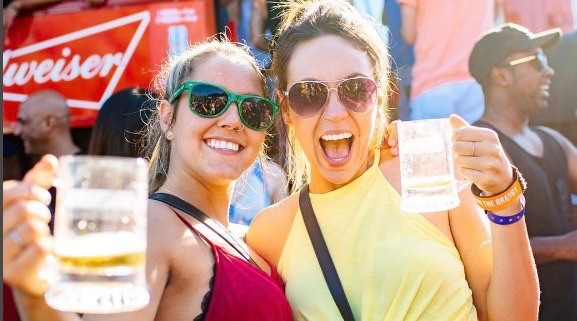 As the first and third largest urban centres in Canada, Toronto and Vancouver have a lot in common.

And while it’s often more fun to point out the difference between them, sometimes these two great cities can end up sounding very similar.

Don’t believe us? Here are 10 sentences you could say in one city that would still make complete sense in and about the other.

“I’m heading to the nude beach.”

Wreck Beach meet Hanlan’s Point. We think you’re going to get along famously.

“Ya, I’m just going to take the train to the airport.”

Both cities have an incredible love for craft beer, with festivals and craft beer weeks taking place in both. As for who loves it more, we probably have to have a drinking contest to get to the bottom of that one.

Although the west coast has the stronger reputation, Toronto hauls on its own quality weed…though we likely got it from the west coast.

“God, our hockey team is awful.”

It’s not if you’ll say it during the season, it’s when.

“There are too many damn condos in this city.”

Stop!!! In the name of Condos! #Vancouver #vancouvercondos #shangrila

“No one I know can afford to buy a house here.”

Ain’t that the truth. Sadly, it’s a truth that’s true for you too.

“I go to the best university in Canada.”

UBC or U of T, whichever one you’re attending you’re doing pretty all right.

Want to be one of the faces of #UBC? Sign up to participate in student photoshoots: brand.ubc.ca/photoshoot/

“I hear the traffic is worse here than New York.”

“We live in the best country in the world.”