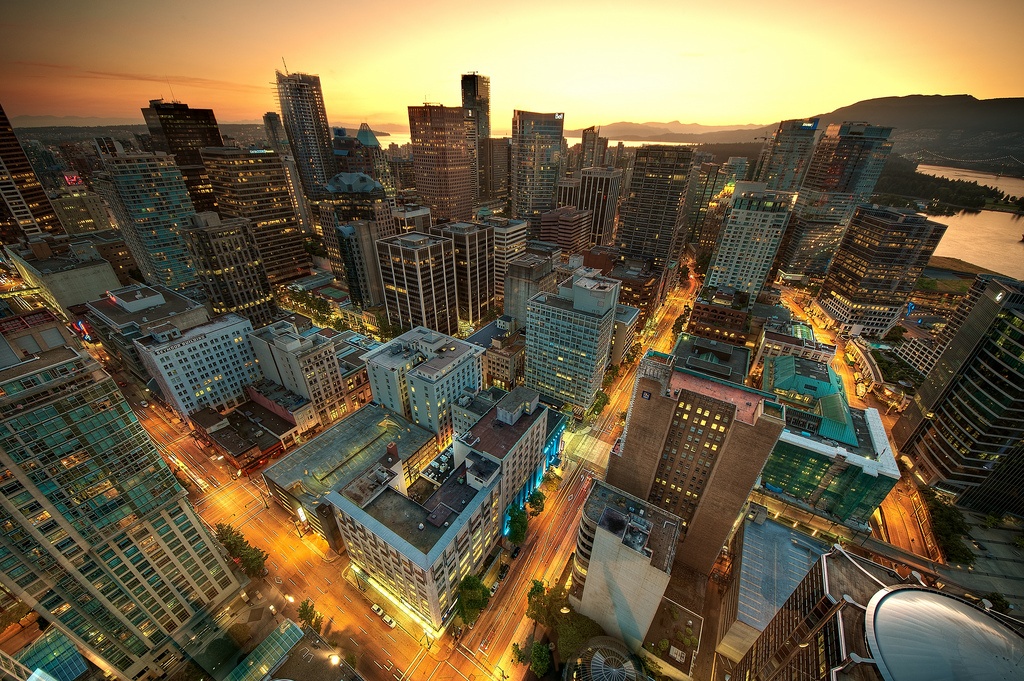 It’s not your fault.

It’s just that being from Vancouver carries some (not so) serious stereotypes with it. Especially when you find yourself in Toronto.

There’s just no way, for instance, that telling us you’re from Vancouver won’t immediately make us save your phone number as ‘new weed guy’. It’s just the way it is in the 6ix. We love you, but we (mis)judge you too.

So whether you’re in town visiting or you’ve made the permanent move, here are 16 things everyone in Toronto will automatically think when you tell them you’re from Vancouver.

Speaking of which, do you have any on you? We also assume it’s good weed.

You probably sleep in happy baby pose, practice downward dog at the office, and insist on signing your emails with namaste.

The place to improve the world is first in one’s own heart and head and hands, and then work outward from there 🗻

You own 700 pairs of lululemon pants

In fact, we assume you’re wearing them right now underneath your jeans.

Sometimes we think you’re confused, so let us help: you’re not actually from Seattle, you’re from near Seattle.

You spend your weekends hiking

And no, we don’t care how many times you’ve done the Grouse Grind in a day.

And you made it yourself and you keep it in a mason jar, obviously.

And we in Toronto have no idea what good sushi is.

You HATE the Maple Leafs

For some reason it’s just not enough for you that they suck, they still deserve your hatred.

You own seven umbrellas, four rain jackets, and a wetsuit (for those extra rainy days)

We also assume you’ve found a way to get Vitamin D from water. (Otherwise, how have you survived this long?)

You don’t know what winter truly is

Sure, you have enough annual rain to intimidate Noah, but you have no idea how cold a real Canadian winter can be.

You think we think we’re the centre of the universe

‘Cause we do think that. But you’re still d*cks for not giving us the benefit of the doubt.

Toronto skyline from the Islands on a cloudy evening. I stood there awestruck as the grey clouds rendered the water silver hues while the fading sun light up the buildibgs golden giving the silver and golden contrasts to the evening dark. . . . . . . . . . . . #torontoskyline #toronto #skyline #evening #dusk #clouds #instatoronto #torontoinsta #landscape #sky #sea @hypetoronto @toronto_insta @thetorontostar

We get it, it’s really pricey. Luckily, Toronto is…wait a minute – no one can afford to live here either.

It’s like everyone west of Ontario missed the ‘How to be stereotypically Canadian’ memo.

On the ferry home from Victoria

You have no idea how to party

Just think of all the times you didn’t go clubbing in Vancouver and it’ll make perfect sense.

Despite Drizzy’s ability to win over the rest of the world, you can’t stand how much he preaches about the 6ix. One dance? Hell, you’d rather stick a Hennessy up your a** than spend another minute listening to Aubrey.

You only drink craft beer

This is totally fine with us. We still think it though. In fact, we’ll buy you one if you tell us you’re from Vancouver. After all, we like to get to know our weed dealers…

Some good ol’ @whistlerbrewing beer to warm up to on a gloomy, cloudy, rainy day.