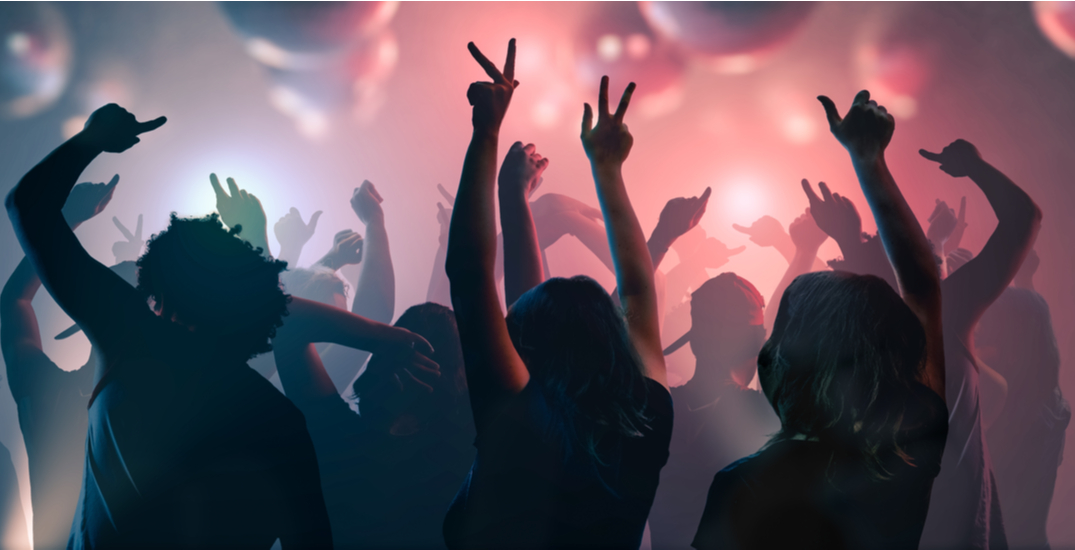 From tighter gathering restrictions, to shuttered recreational facilities, to an amped-up vaccination drive, Ontario has recently gone through a ton of pandemic-induced changes. But none of this has not stopped certain groups in the province from breaking or bending the rules.

Footage has emerged showing a number of people partying without masks at the Keene Centre for the Arts in Peterborough, Ontario, on Saturday night.

Last night anti-vaxxers from multiple groups from Peterborough, Durham, and Toronto met up for a party at an undisclosed unknown location… and it was something.#antivaxxers pic.twitter.com/eR9Aykemod

The clip was pulled from a Facebook Live video posted by Thundra Amo Kerr, a fitness trainer and swim coach whose page is filled with content against the government’s COVID-19 mandates.

It shows a number of people watching a person performing songs protesting policies and cursing out Prime Minister Justin Trudeau, Ontario Premier Doug Ford, and the province’s Minister of Health Christine Elliott, among others.

“Mr. Trudeau, Mr. Doug Ford, Mr. C. Elliott [unintelligible], you can kiss my a**, because this is what freedom looks like,” says the performer. Audience members joined in, too, and one person can be seen walking in front of the stage, loudly chanting “Freedom!” over and over again.

Twitter user Renny Ronson posted the link to the Facebook Live, saying that it was a “pre-convoy party.”

“Trying to think of words to intro this video, I can’t find them,” Ronson said. “We are living in f*cked up times. This is a “pre-convoy” party, the convoy that’s heading into #Toronto tomorrow morning.” 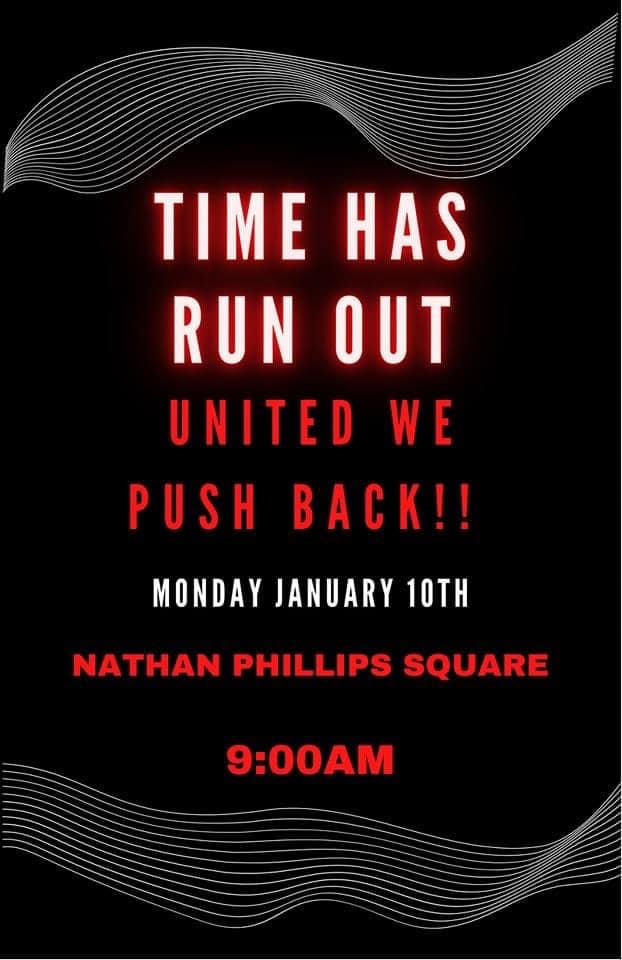 Posted by Jim Kerr in Facebook group Church of BuBBles

“For all of you who would like to take progressive steps towards rectifying some of the challenges Canadians face today, consider joining the convoy with the #bubblebus that will be leaving the Oshawa Centre (food court) parking lot at 8:00 am on Monday morning,” Jim Kerr’s post reads.

A video from the protest Kerr referenced was posted to Instagram today by 100 Million Moms — one of the organizer groups behind the protest.

The protestors began at Nathan Phillips Square and then stormed the CF Toronto Eaton Centre maskless, urging people around them to take off their masks as well.

“WE DO NOT CONSENT,” the 100 Million Moms website reads. “We are natural health and medical freedom advocates who do not consent to forced medical intervention. We are run by regular moms who refuse to give up as we fight against injustice for the future of our children.”

Peterborough Public Health tweeted on Monday that they’re aware of the party held at the Keene Centre and are looking into it.

PPH Health is aware of the events that took place over the weekend at the Keene Centre for the Arts. PPH is currently reviewing the info & will follow up. Further enforcement action will be taken, as necessary. If you have concerns or more info, visit https://t.co/cTEBHpww9O. pic.twitter.com/Ek6NbdnnAO