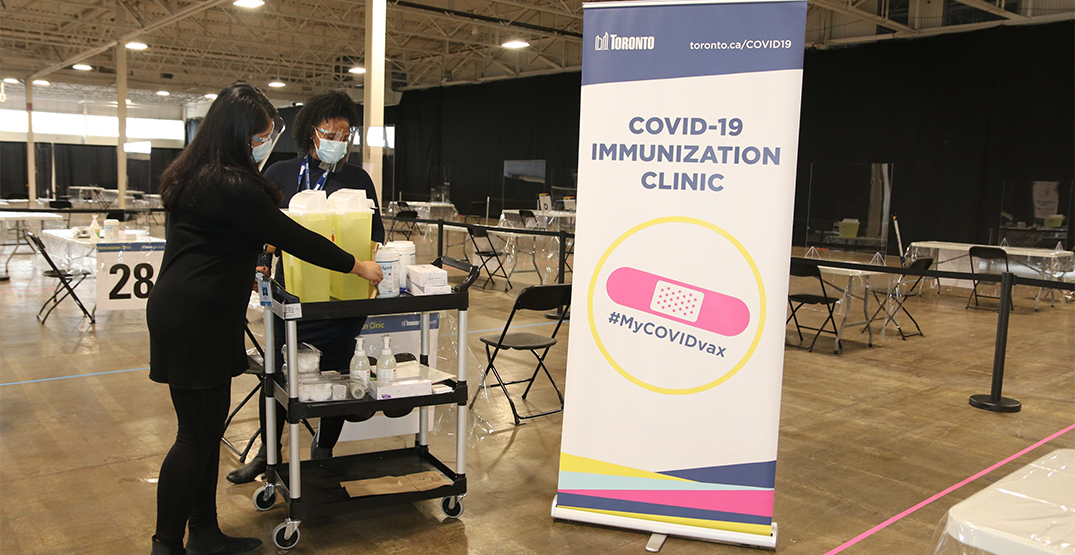 Some people have become aggressive toward Toronto vaccine clinic staff during their appointments because they want a Pfizer shot instead of Moderna.

During a news conference Tuesday, Fire Chief Matthew Pegg said that workers are enduring harassment from some patients because they can’t choose which mRNA vaccine they’ll get.

“[There have been] verbal attacks, displays of anger toward clinic staff. This type of behaviour will not be tolerated in our clinics for any reason,” he said. “Our clinic staff have no ability to control or determine [the] allocation of vaccines which is determined by [the] government of Canada.”

Pfizer and Moderna mRNA vaccines are now considered interchangeable in Ontario, and an individual will receive whatever vaccine the clinic has available for their second dose.

The two vaccines use the same technology and have nearly identical efficacy rates (95% and 94%). The National Advisory Council on Immunization recommends mixing and matching mRNA doses when supply constraints mean the same brand is unavailable.

But there have been reports of people ditching their appointments when they find out Moderna is on offer — because some individuals have a brand preference for Pfizer.

It appears some of these Pfizer-seekers are taking out their frustrations on clinic staff in Toronto.

“There are a small percentage of people who … are choosing to decline if they can’t get their preferred brand. That’s their right,” Pegg said. “But I’m also disappointed by it. Because it’s a missed opportunity for that person to achieve their fully vaccinated status.”

Like the rest of the country, Toronto is pushing to get second doses into arms to protect against the more transmissible Delta variant. It’s forecast to become the dominant strain in Ontario over the summer.

Two doses offer significantly more protection against the Delta variant than one dose, and health officials encourage people to complete their vaccine regimen by mixing and matching brands.

In the process, Pegg asks that people be respectful to vaccine clinic workers.

“They all deserve our courtesy and respect.”