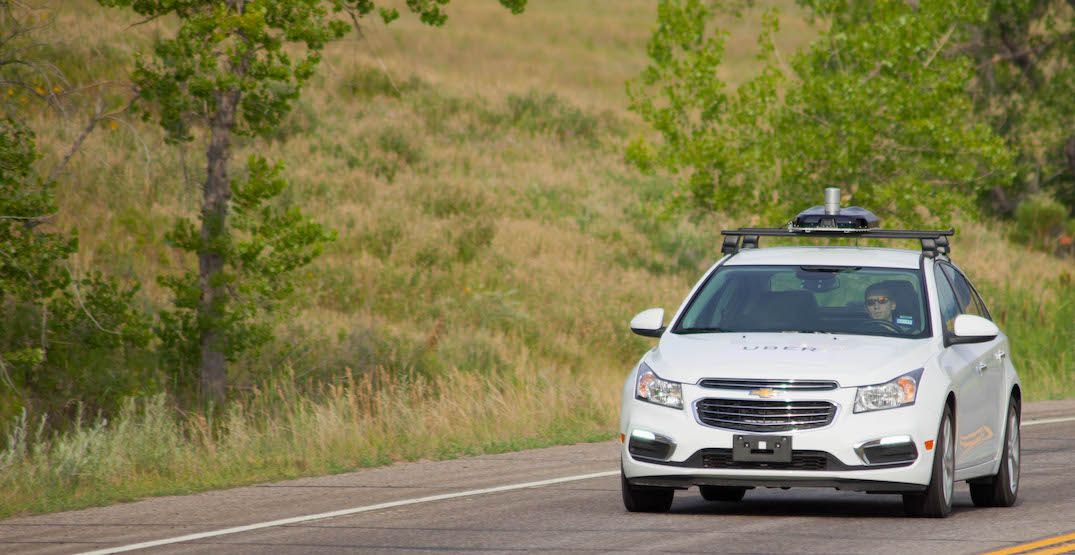 An American woman has died after being struck by a self-driving Uber vehicle in Arizona, prompting the company to stop its self-driving operations in Toronto.

According to police in Tempe, Arizona the accident happened overnight on Sunday.

“The vehicle involved is one of Uber’s self-driving vehicles. It was in autonomous mode at the time of the collision, with a vehicle operator behind the wheel,” said police.

The vehicle was travelling northbound on a Tempe road when a female walking outside of the crosswalk crossed the road from west to east when she was struck by the Uber vehicle.

Police say she was transported to a local area hospital where she succumbed to injuries.

In a statement, Uber sent condolences to the victim’s family, and said they are fully cooperating with local authorities in their investigation.

Uber has confirmed it has stopped its self-driving operations in Phoenix, Pittsburgh, SF, and Toronto, adding that this response is standard procedure.

Our hearts go out to the victim’s family. We’re fully cooperating with @TempePolice and local authorities as they investigate this incident.

Last summer, two Uber vehicles were being driven in manual mode in Toronto to collect data for testing of the company’s self-driving technologies. Manual mode means that it’s a self driving vehicle but the self driving function isn’t turned on.

The cars were operated by specially trained drivers from Pittsburgh and were conducting mapping in and around the U of T campus at the time.