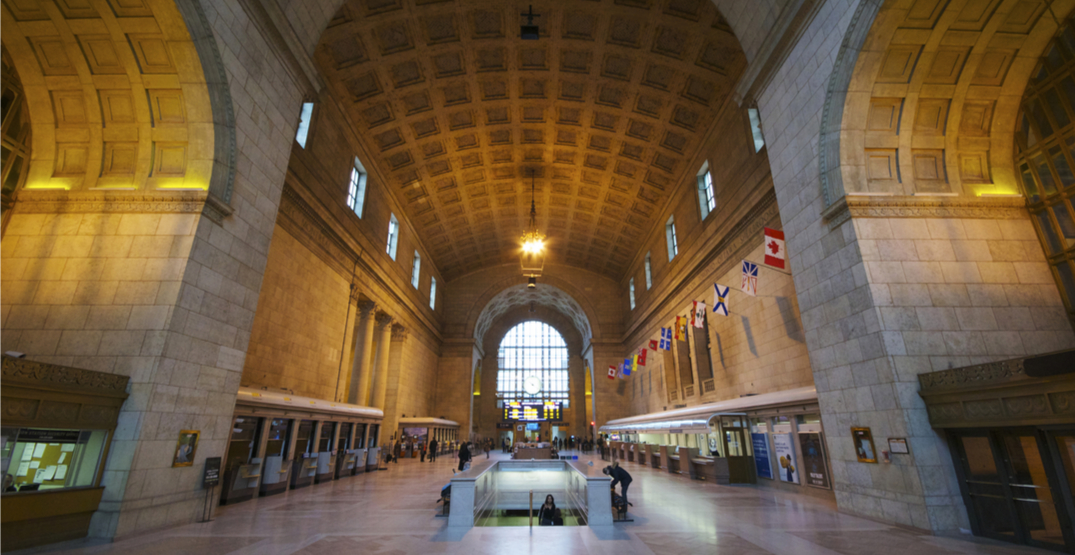 It hasn’t been part of Doors Open Toronto since 2009, but now, Union Station will be a stop at this month’s event.

On May 26 and 27, Doors Open Toronto will shine a spotlight on the city’s film and television industry.

The 18th annual Doors Open Toronto is a celebration of architecture and will include 50 new building participants, a speaker series and new music program, city-wide walking tours, and more.

This year, Union Station will be taking part, showcasing its contributions as the backdrop to music videos such as Arkells’ Knocking at the Door, and Oscar-winning film, Chicago.

According to organizers, a visual display will provide more on the revitalization project that’s currently underway at Union, along with images from the station’s past. With over 300,000 visitors daily, Toronto’s Union Station is Canada’s busiest multi-modal transport hub, even busier than Pearson Airport.

As part of the celebration, Union Station is also offering a special Union Draws event.

Union Draws is a sketch class led by OCAD University instructors, helping participants to capture one of Canada’s best examples of Beaux-Arts architecture inside the Great Hall. The sessions are free to the public, but participants must register online to take part. Artists’ materials will be provided for free.