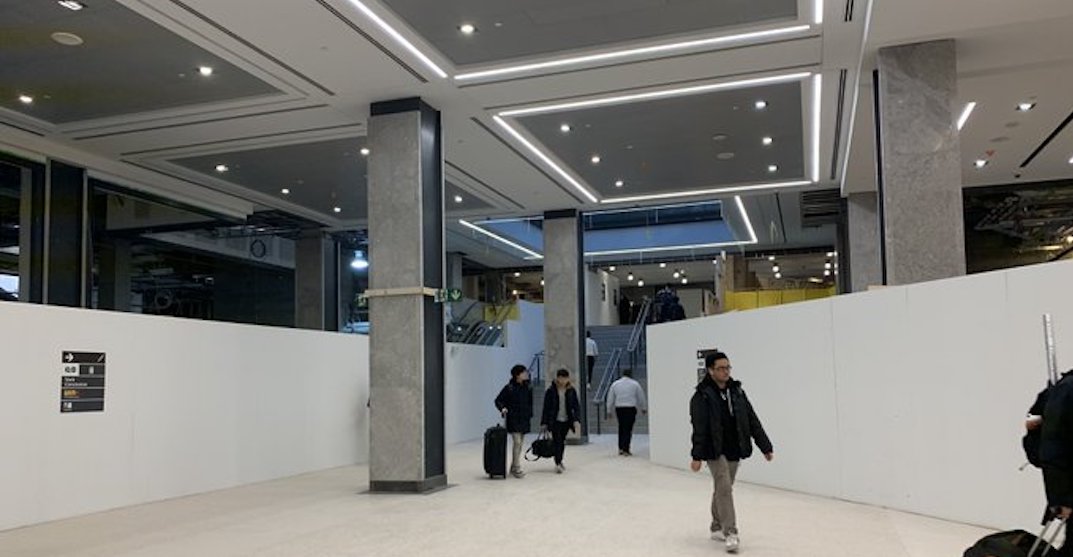 Accessing transit just became even easier at Toronto’s Union Station, now that a new underground access route is open to the public.

Located below the Great Hall, this is the transit hub’s second underground path and is just the beginning of the new Bay Concourse, which aims to make connecting to the TTC easier.

According to Metrolinx, one end is located in the Lower Great Hall, next to Dresden Vision — the level right below the VIA Rail Canada ticket booths — and the other end comes out in front of Union Station on Front Street.

“Modernizing a historical facility like Union, while keeping it open to the public throughout, takes time and the commitment of many.”

A second route to subway below the Great Hall in Union will be open later this afternoon. The new pathway is just the beginning of the new Bay Concourse. Route takes you down a set of stairs; early in new year escalators & elevators will open to make it accessible pic.twitter.com/5YCXfu4zBC

According to Metrolinx, the new access route includes a set of stairs and is still currently being worked on to accommodate wheelchairs and strollers.

However, early in the new year, the escalators and elevators will open, making the route fully accessible.

Until then, “new signage has been posted in high-traffic areas advising that a new route is open, and to encourage those with accessibility requirements to continue to use the route through the moat/tunnel between Union Station and the TTC, until the escalators and elevators are operational,” said Metrolinx.

According to Ross, the completion of the new access route is a sign the city is making great progress at the station, and more new space will open in 2020.