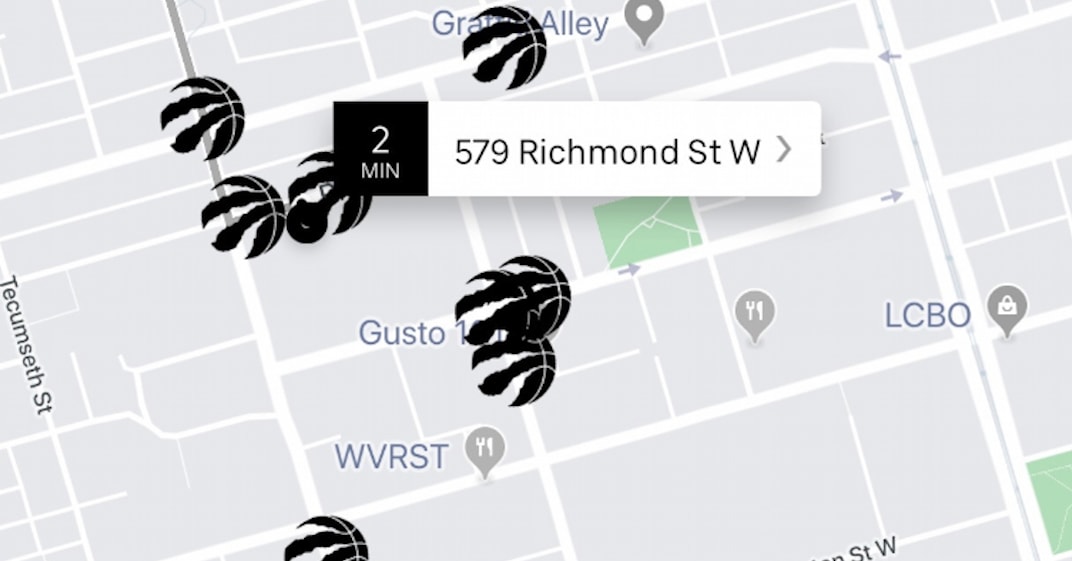 As the  nation gears up for tonight’s historic Toronto Raptors game against the Golden State Warriors, it appears a number of businesses are showing the hometown team some love.

Not only has Netflix Canada reminded viewers that they shouldn’t be at home binge-watching shows tonight, rather they should be showing the Raptors some love.

And now, Uber is joining in on the action by turning its car icon in the app into the iconic Toronto Raptors basketball logo ahead of the home team heading into the NBA Finals for the first time in franchise history.

Now in the ride-sharing app, the team’s ball logo moves around Toronto streets in the same way a standard car icon does.

This evening, the Raptors will face off against Steph Curry and Golden State Warriors at home, marking this the first championship series game played outside of the United States in league history. 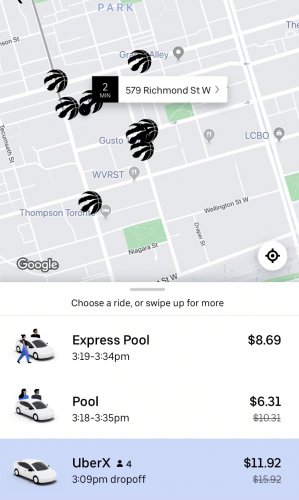