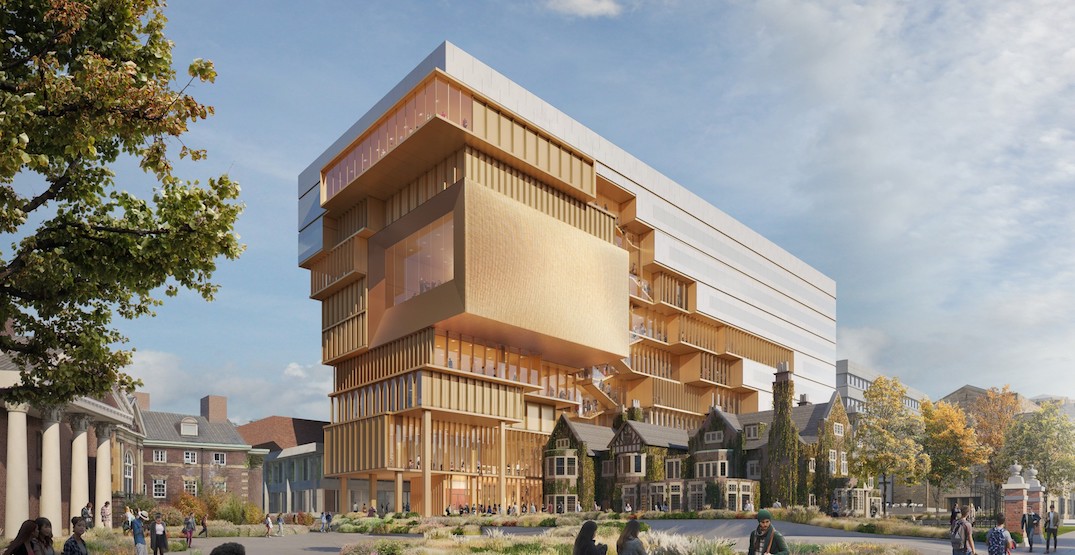 The old McLaughlin Planetarium may soon be demolished to make way for a new U of T building at 90 Queen’s Park.

The University of Toronto is looking to build a nine-storey multi-use development on the site that will bring nine different departments together, including the School of History, Music, Law, Near and Middle Eastern Civilizations, Islamic Studies, Jewish Studies, and Cities into one building.

On its exterior, the building itself will have several interesting architectural features, including an eroding facade and uneven edges. 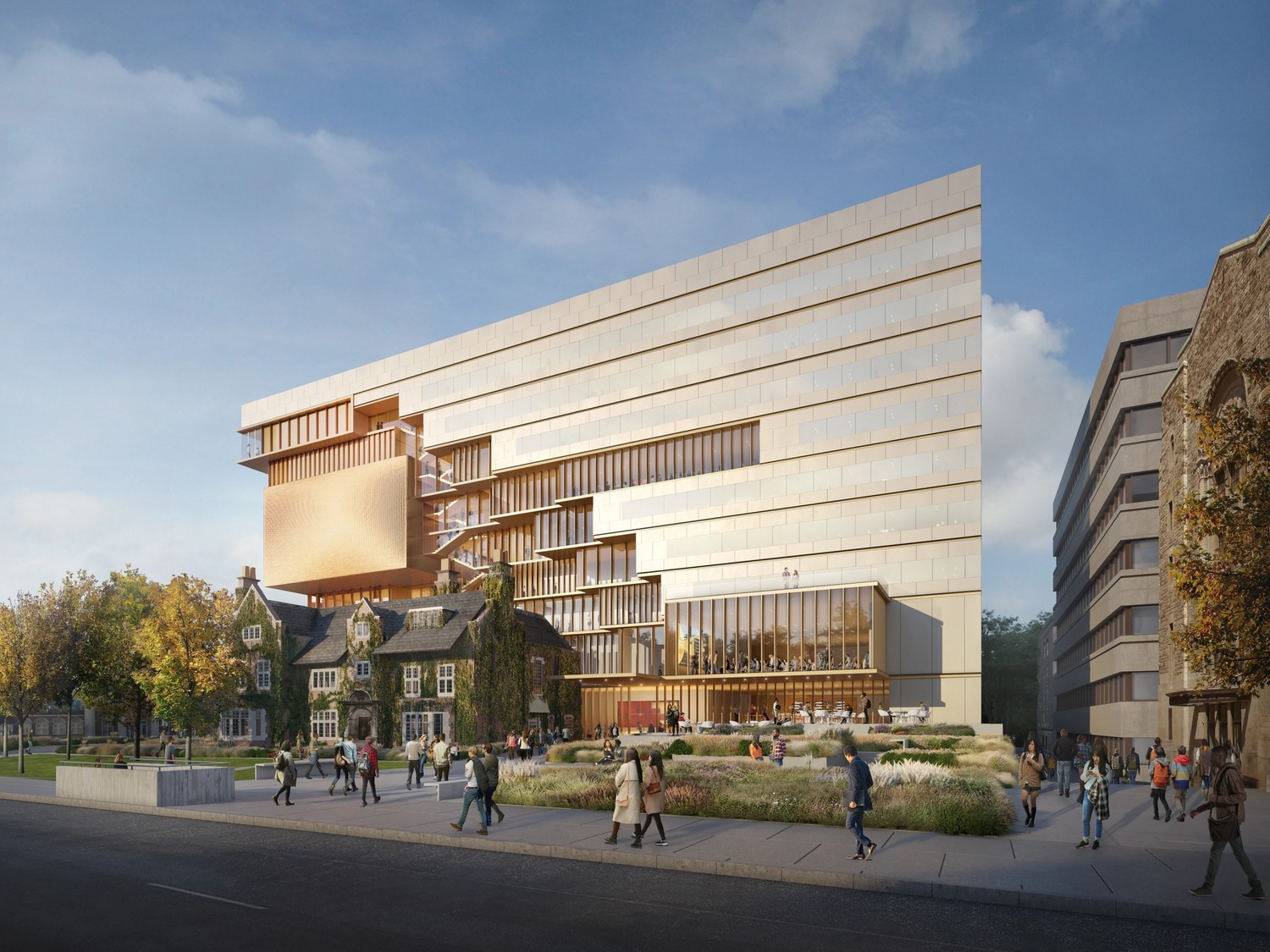 Inside, there will be a central atrium with a large staircase connecting several lounge spaces, study spaces, and meeting rooms. There will also be a cafe and restaurant that extends outside and a 250-seat recital hall. 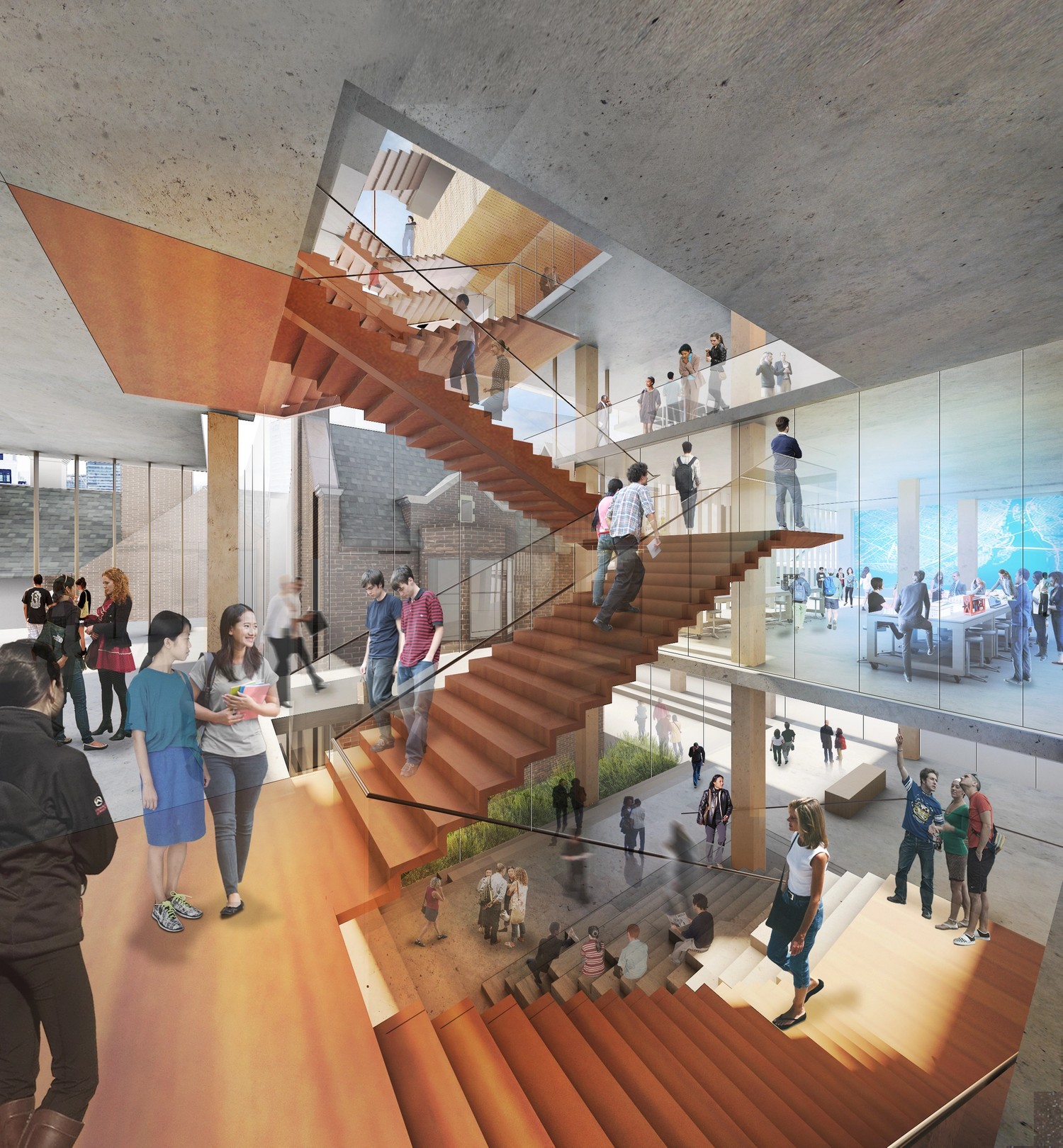 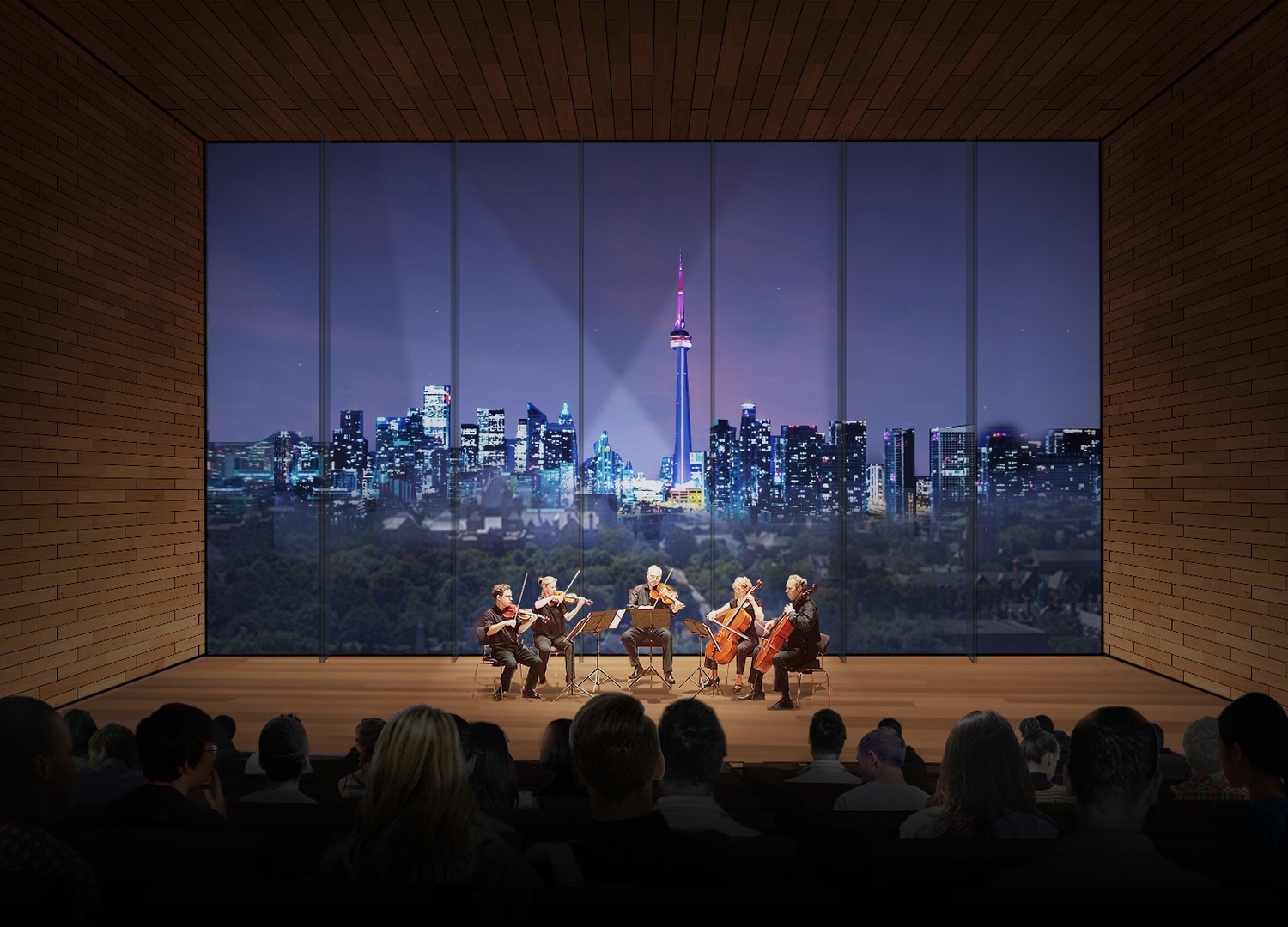 Sat at the corner of Bloor and Queen’s Park, the building is meant to serve as a connector between the campus and its neighbouring buildings like the Royal Ontario Museum, according to the design studio behind the project, Diller Scofidio + Renfro.

For this development to take shape, the McLaughlin Planetarium would need to be demolished. Previously property of the ROM, the planetarium was closed to the public in 1995 due to low attendance and sold to U of T in 2009.

The project has been in development since 2019 and a groundbreaking was originally thought to take place this spring. However, the project has faced a few roadblocks. 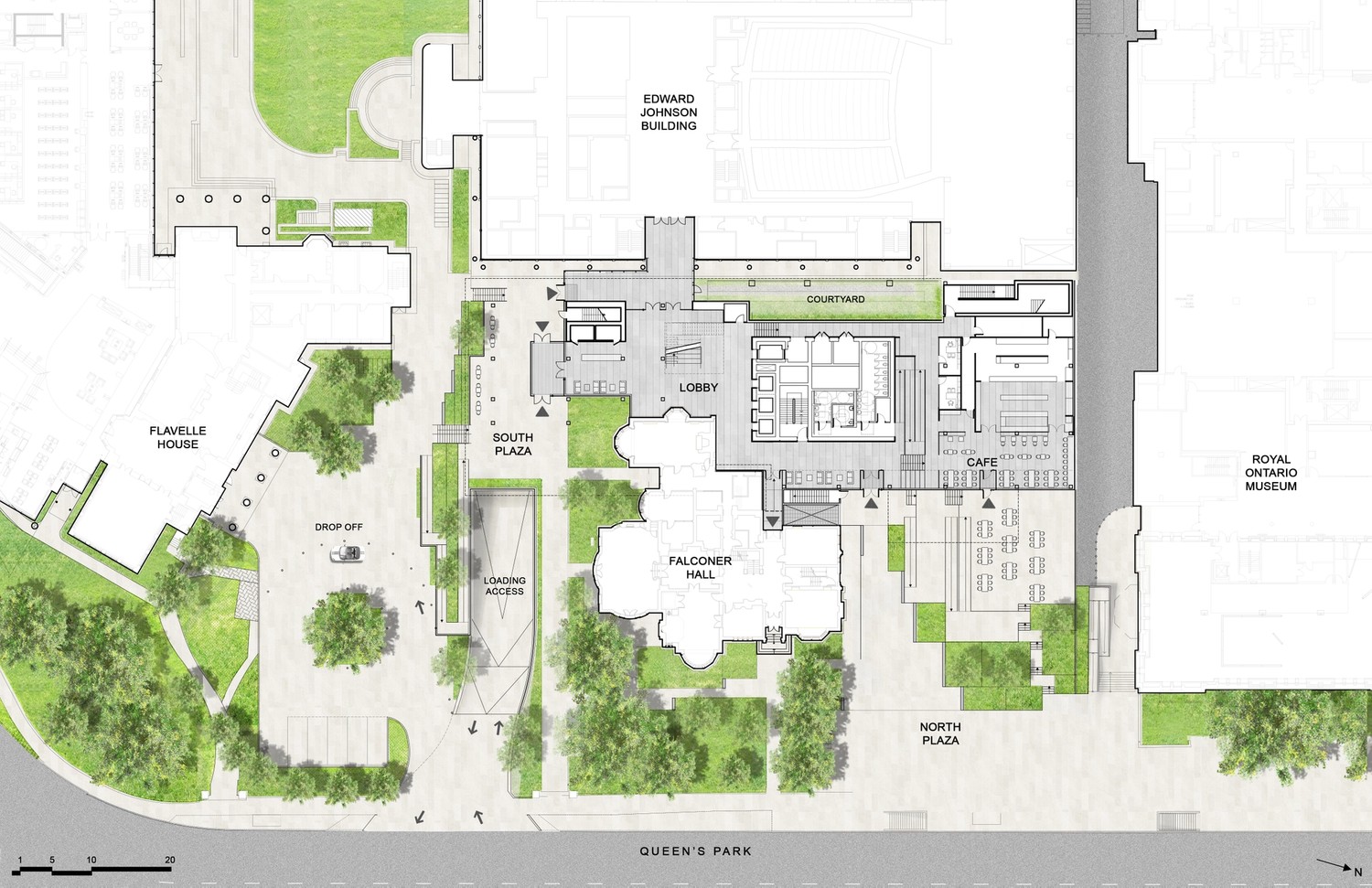 When the developers applied for a zoning amendment in September of last year so that they could move forward with the project, City Council referred the application back to Community Planning staff with a recommendation that it not be considered again by the Toronto East York Community Council until a “comprehensive study of the Queen’s Park cultural heritage landscape is complete.”

The developer then resubmitted their application in December and appealed the lack of decision to the Local Planning Appeal Tribunal, which is currently considering their appeal.

Diller Scofidio + Renfro and Bousfield Inc., the planner behind the project, did not respond to requests for comment on a new construction timeline.