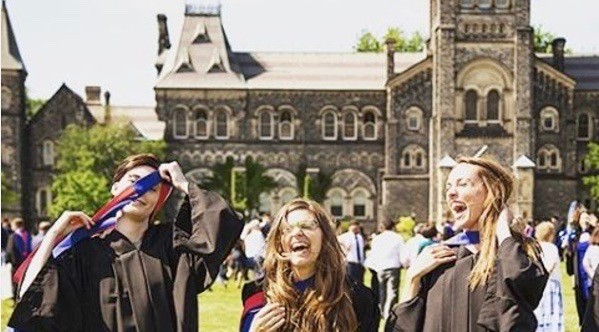 Not only was it recently voted the #1 university in Canada by the Academic Ranking of World Universities, but it also managed to take the 27th spot globally – six spots ahead of the next Canadian university on the list, UBC.

And now, in Maclean’s annual university rankings, U of T found itself in the enviable position of having the best reputation.

While you can read about Maclean’s full and in-depth ranking system here, the gist of it can be found in this statement regarding their ‘best reputation’ rankings:

Maclean’s surveyed university faculty and senior administrators, high school guidance counsellors, and a variety of business people across the country, asking for their views on quality innovation at Canadian universities. Here are the 20 Canadian Universities with the best reputations.

Maclean’s reasons for putting U of T in the #1 spot were as follows:

With 8,000 faculty, more than 700 undergraduate programs and around 83,000 students on three campuses, the University of Toronto is in a class of its own. St. George, the leafy downtown campus, has the historic stone buildings, while the newer Scarborough and Mississauga campuses are in quieter suburban settings. U of T’s halls have echoed with the debates of several future premiers and prime ministers.

Which all seems like it has nothing to do with reputations, but hey, we’ll take it!

Here’s the full list of Maclean’s picks for the 20 most reputable universities in Canada: