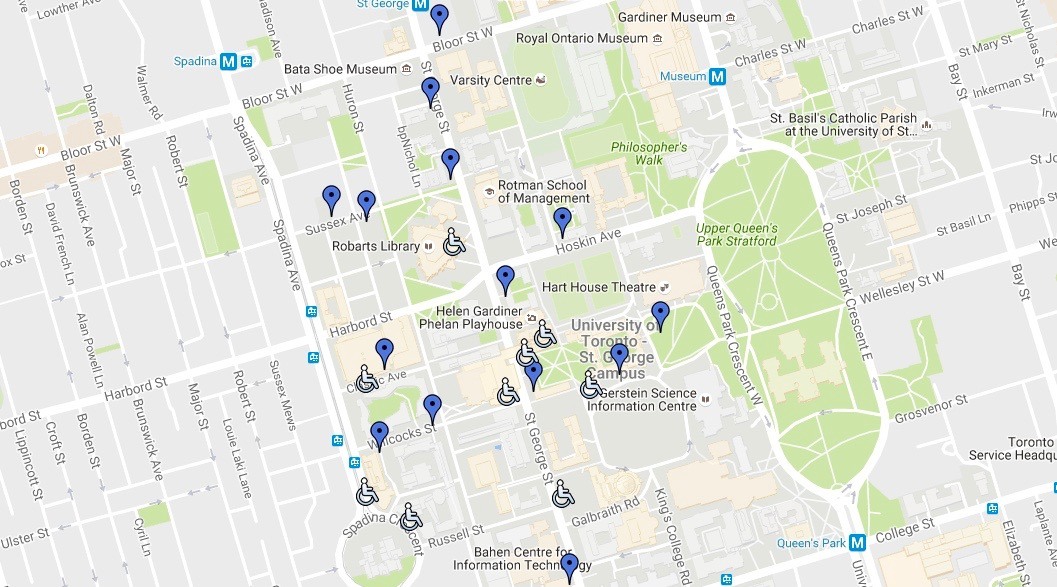 Last week we told you that U of T’s Mississauga campus was converting six existing single-gender washrooms into public, multi-user, all-gender facilities this fall.

Which is great news.

It also got us thinking about U of T’s massive main campus in downtown Toronto and where people could find a gender-neutral washroom whenever they’re in need. Luckily, we weren’t the first ones to have this idea and there’s already an interactive map available for the public:

As you can see, if you’re looking for a gender-neutral washroom while at U of T, you’re pretty much covered from Bloor south to College and from Spadina east to Hart House Circle.

You can find similar maps for both the UTM and UTSC campuses here.