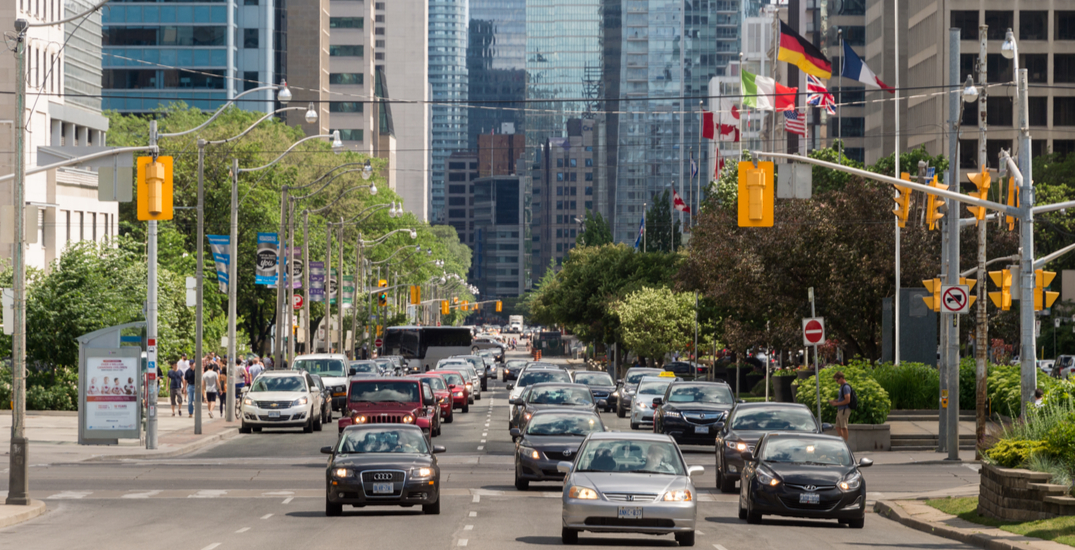 Those who live closer to major city roads are breathing in higher levels of air pollution, especially during rush hour and winter, according to a new study.

The study, released by the Southern Ontario Centre for Atmospheric Aerosol Research (SOCAAR) at the University of Toronto, revealed that one-third (30%) of Canadians live near major roads and, in turn, are potentially exposed to traffic emissions.

The study was led by Professor Greg Evans in collaboration with Environment and Climate Change Canada, the Ontario Ministry of the Environment, Conservation and Parks, and Metro Vancouver between 2015 and 2017.

Over the two years, the study measured air pollution at varying locations in Vancouver and Toronto and research found demonstrated vehicle emissions can dramatically increase the concentrations of some air pollutants near major roads.

The study revealed traffic, particularly, “highly polluting diesel trucks” was a big source of nitrogen dioxide, ultrafine particles, and black carbon (soot) near roads, which are all associated with a wide range of adverse health conditions, including increased risk of cardiovascular and respiratory deaths, cancer, adverse birth and developmental outcomes, respiratory diseases such as asthma, and premature deaths.

“If there’s a high proportion of trucks, people who spend a lot of time near these roadways — drivers, workers, residents —are being more exposed to diesel exhaust, which is a recognized human carcinogen,” said Evans.

Evans said if these highly polluting diesel trucks were repaired, retrofitted, removed, or relocated, it would make a significant difference.

“You can’t move your nearby schools or homes, but we can do something about these highly-polluting trucks that are a small proportion of the truck traffic, and yet causing a lot of the trouble.”

Additional data revealed that Canada’s cold winters can also increase in near-road concentrations, with ultrafine particle concentrations, for example, being higher in winter.

Nitrogen oxide concentrations, on the other hand, are higher on cold winter days, which suggests that the emission control systems for diesel vehicles may not perform well at low temperatures.

Finally, non-tailpipe emissions, which are tiny metal particles created by a vehicle’s brakes and tires have also been rising in Toronto since 2012 and now exceed primary emissions through tailpipes, according to the report.

Two background stations were also set up, at Downsview in the north and Toronto Island in the south. 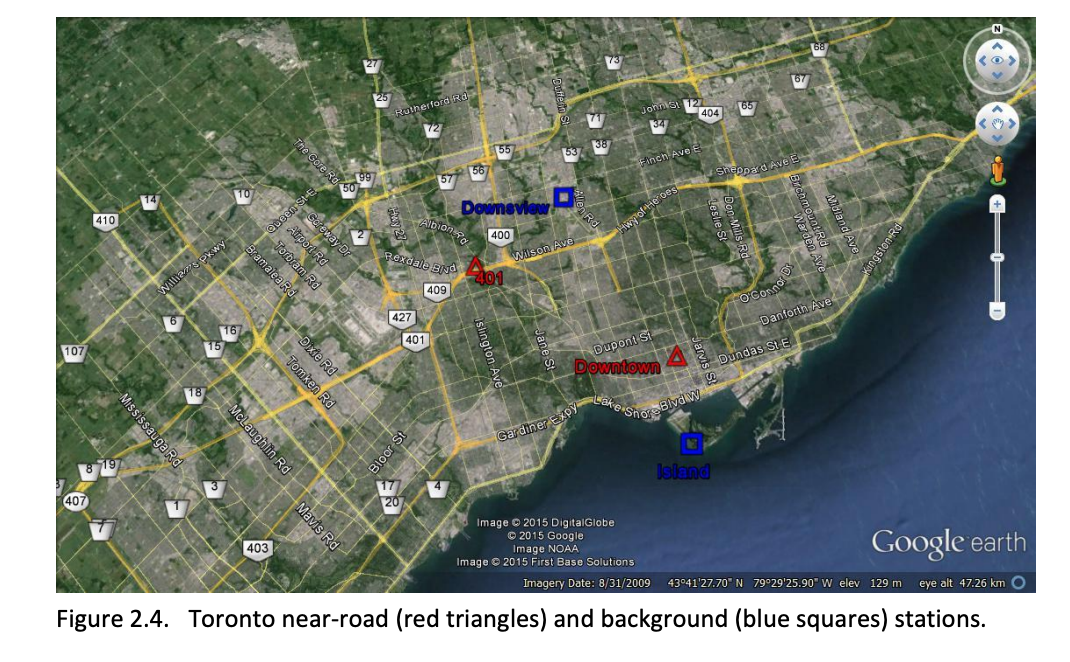 And while residents can’t just avoid major roadways, the report does suggest some recommendations to help improve the situation.

The report is now urging all levels of government to adopt policies to reduce air pollution at crucial times, for example, by having stricter punishments for truck drivers who tamper with their vehicle emission systems and not allowing trucks to go by schools while they’re in session.

The full report findings can be found here.