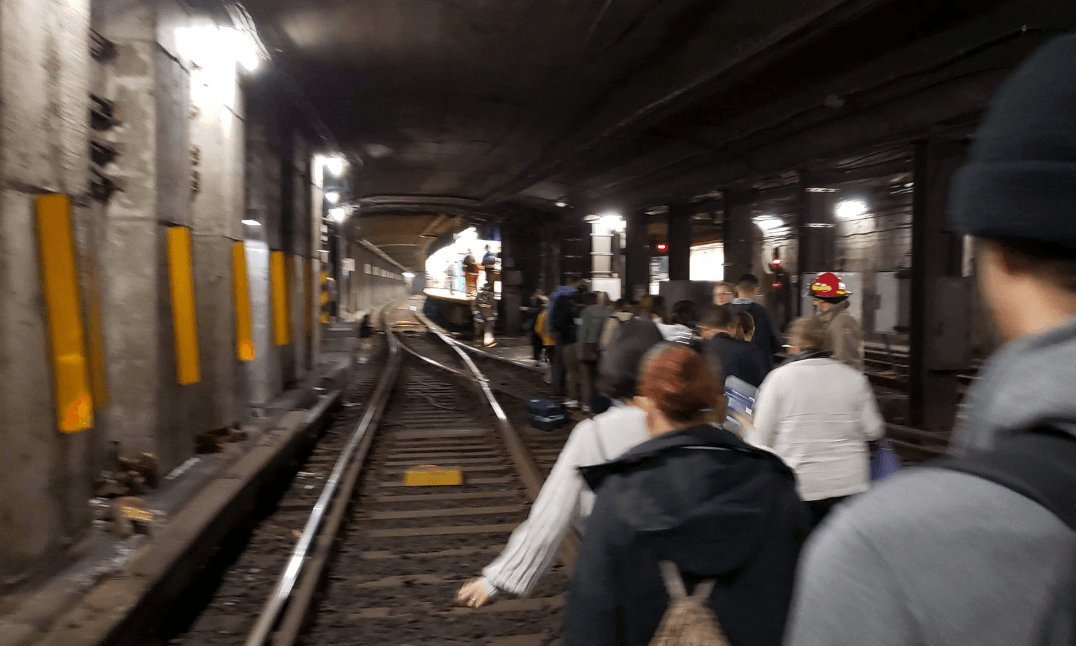 UPDATE: As of 5:15 pm, the TTC said that regular service has resumed on Line 1.

There is currently no TTC service from Osgoode station to Bloor-Yonge station on Line 1 due to an investigation.

According to Toronto Police, at 1:53 pm, a train was stuck in the tunnel between stations after a train “may have hit a switch.” Smoke was reported in the area, and trains were evacuated.

TTC spokesperson Stuart Green said that they were investigating a “track level issue” that is potentially electrical, and that crews were working as quickly as possible.

According to the TTC, shuttle buses are running as a result of the service disruption, they have outlined alternate routes in time for rush hour.

There is currently no estimated time for when the TTC will reopen the stations.