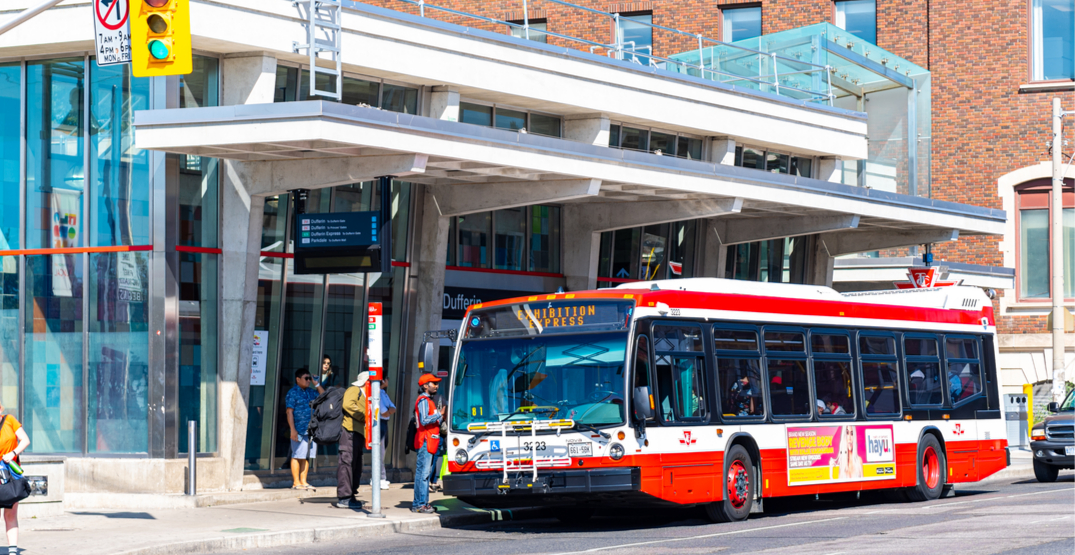 There could be five new bus-only lanes coming to some of the city’s busiest routes, according to a new report from the TTC.

Toronto’s transit agency released a new “5-Year Service Plan & 10-Year Outlook” this week which detailed its goals for better-delivering transit services from 2020 to 2024 “and beyond.”

“The TTC’s ridership is expected to increase by 35 million riders by 2024,” reads the report.

“This document is our blueprint for delivering the transit services our City needs to accommodate projected population and employment growth over the next five years.”

As part of the plan, the TTC proposes implementing bus-only lanes on five of its most frequented routes.

This includes Eglinton East, Dufferin, Jane, Steeles West, and Finch East, all of which primarily serve neighbourhoods outside of Toronto’s downtown core. 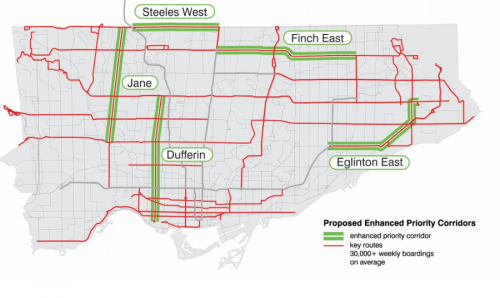 According to the TTC, nearly a quarter of a million customers travel along these five priority bus corridors every weekday.

And given the “success” of the King Street Transit Priority Corridor, the transit agency says it wants to “explore implementing exclusive bus lanes, stop consolidation, all-door boarding and other transit priority measures to speed up bus service on Toronto’s busiest bus corridors.”

“Although our focus will be on these major corridors to start, we will continue to identify opportunities on other busy corridors to improve travel time and reliability for customers.”

Additionally, the TTC  says it’s installing a streetcar queue jump lane on Lake Shore Boulevard at the Long Branch Loop and has plans to install up to three new queue jump lanes each year moving forward.

Jaye Robinson, TTC Chair, says the five-year plan “will enhance customer experience on every step of our riders’ journeys: from planning a trip, to using TTC stops or stations, to riding and connecting with neighbouring transit providers and other mobility options in Toronto.”

“I’ve been briefed by TTC staff on the five-year plan & I indicated that I want to see a plan to roll out a bus rapid transit project on a route as soon as possible,” he said.