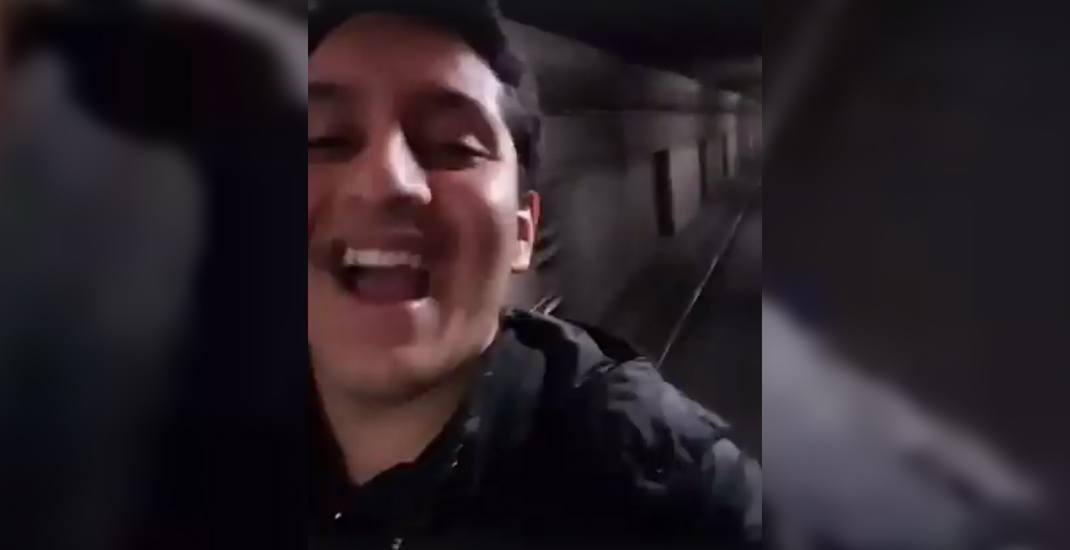 The TTC is investigating and attempting to identify a man in a video, in which he’s seen riding on the back of a moving subway.

The video began surfacing on social media on Monday, and was credited to popular Instagram account 6ixbuzztv, but they have since removed it from their page.

Although it’s been removed from some pages, others still have it up.

The young man in the video shows a subway station, before showing the inside of a subway train, and turning the camera on himself.

TTC spokesperson Stuart Green said that they can’t shake their heads at this enough.

“This is perhaps the most downright irresponsible and dangerous stunt we have seen on the TTC in quite some time,” he said. “Not only was this person putting their own life at risk, this could have resulted in a dangerous situation for other customers, our staff or worse – not to mention the possible impacts on service.”

Once identified and caught, the transit commission can lay charges under TTC Bylaw #1, with fines ranging from $235 to $425 depending on the charge.

“It probably goes without saying that there’s just no excuse for this kind of behaviour… ever,” Green said.