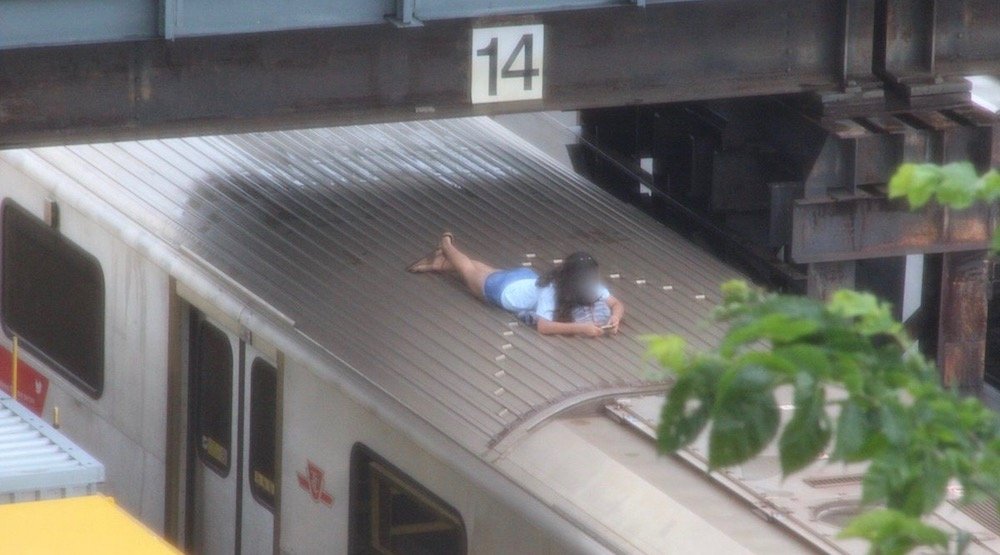 Ah, Fridays. Time to kick back, relax… and hang out on subway trains?

A young woman was caught hanging out atop a stopped subway train at Davisville Station on Friday afternoon. Christopher Wagner uploaded photos of the incident on his Twitter account, tagging the TTC to notify them of the incident.

Several photos shows the woman laying back and relaxing, and using her phone.

The TTC responded to Wagner’s tweets saying “this isn’t allowed,” and transit control was aware and sent employees over.

No word on charges at this time.