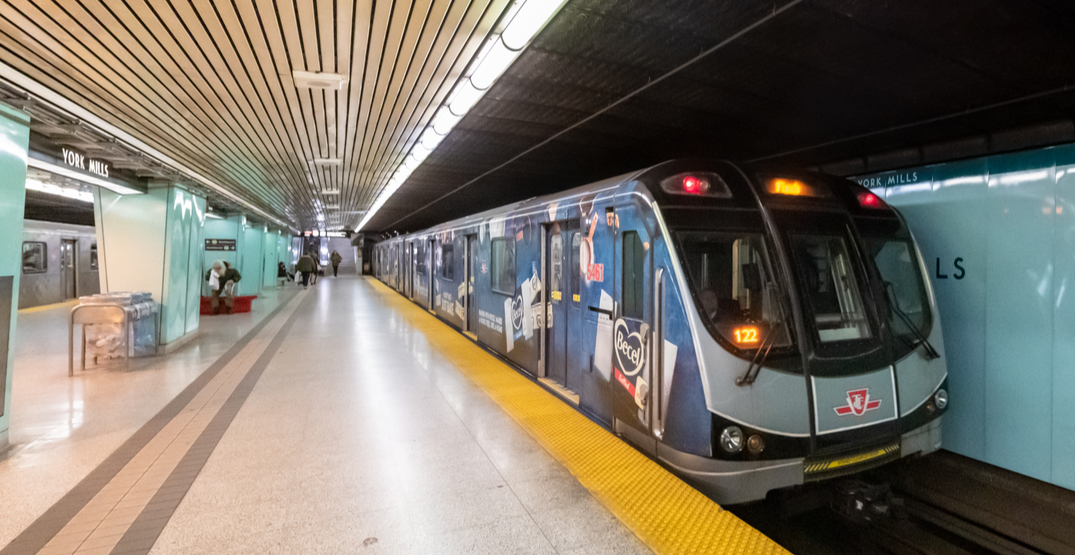 If you have plans to travel via subway this weekend, plan ahead, because there will be no subway service on a portion of the TTC’s Line 1 on Sunday.

On May 3, the subway will not run between Sheppard-Yonge and St Clair stations as TTC crews continue installation and testing of the Automatic Train Control (ATC) signalling system.

The TTC said replacement shuttle buses will run along Yonge Street, stopping at each station along the route. Staff will also be on hand to direct customers to shuttle boarding and offloading locations, which will vary from station to station.

At York Mills Station, the Old York Mills Road entrance will be closed. Customers are advised to use the other station entrances located in the York Mills Centre, Yonge Corporate Centre, and at the corner of Yonge Street and Wilson Avenue.

Similarly, at Lawrence Station, there will be no access via the automated entrances at Ranleigh Avenue and Bedford Park Avenue. Customers are advised to use the entrances at Yonge Street and Lawrence Avenue instead.

All stations will remain open for PRESTO fare purchases and access to surface routes and Line 4.

Wheel-Trans will be available upon request from any station throughout the closure — customers can speak with staff for information about service frequency.

Additionally, the TTC said westbound subway service between Greenwood and Kipling stations will end at 1 am on Monday, May 4, for track work.

Westbound shuttle buses will be available, and regular service will continue eastbound.

Customers requiring an accessible connection are advised to use Coxwell Station and speak with any TTC customer service staff member for assistance.

Regular subway service will resume on Monday morning by 6 am.

“While the TTC does most subway maintenance at the conclusion of service each night, it continues to require weekend and early weeknight closures to complete critical infrastructure and ATC upgrades,” the transit agency said.

Recently, the TTC announced that, as part of a series of cost-saving measures, 1,200 employees will be temporarily laid off over the coming weeks.

Service will be maintained at roughly 70% to 80% of regular levels, which is reportedly in line with current demand.