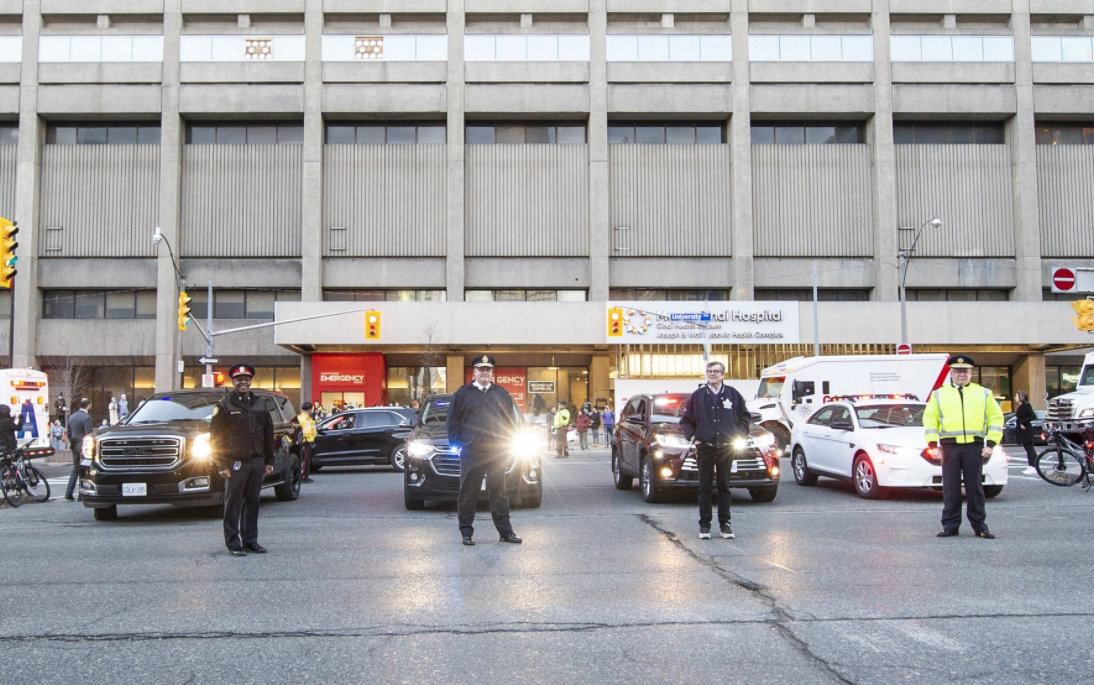 TTC and GO Transit staff will be showing their support for healthcare workers in the Greater Toronto Area on Thursday evening.

According to the TTC, dozens of frontline TTC and GO Transit employees in decorated vehicles will parade down hospital row tonight.

“The initiative was developed at the grassroots by employees from the two transit agencies who wanted to express their gratitude to healthcare workers. Employees enlisted their families to create signs and posters for the parade,” said the transit agency in a release.

The parade begins around 7:15 pm at Queen’s Park Circle and heads south on University Avenue to Edward Street where it will u-turn and travel north to Gerrard Street.

Toronto Police Services, who also held a similar salute on April 19, will be supporting and managing movement.

Among the vehicles participating are 14 TTC and six GO buses, Wheel-Trans vehicles, TTC and GO special constable units and a TTC Command Vehicle.