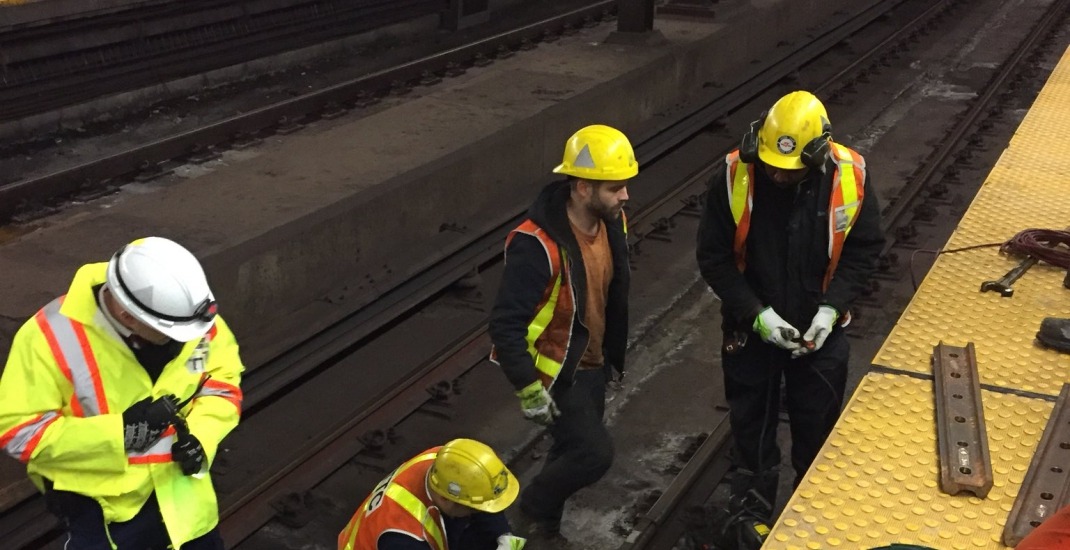 Just a day after a complete commuter chaos that prompted TTC’s Brad Ross to issue a lengthy apology for service interruptions and overcrowding, Toronto’s transit system is once again experiencing delays during the height of morning rush hour.

This morning’s service on Line 1 was abysmal and, for that, the #TTC sincerely apologizes. Here’s what happened: pic.twitter.com/ANXSU8CBkx

While yesterday’s “abysmal” service was blamed on frozen switches, disabled trains, door problems, emergency alarms – the list goes on – the TTC is once again off to a rocky start today as workers work feverishly to repair a cracked track at Bloor Station on the northbound line.

Here’s the cracked rail. We have made temp repairs. Travel times picking up. Will have a reduced speed zone through the area (this is at Bloor Stn northbound) for the balance of the day. pic.twitter.com/PQTIEJ1SPU

Torontonians should once again, brace for a a longer than usual commute. Service updates have already begun rolling out on Twitter to keep commuters up-to-date.