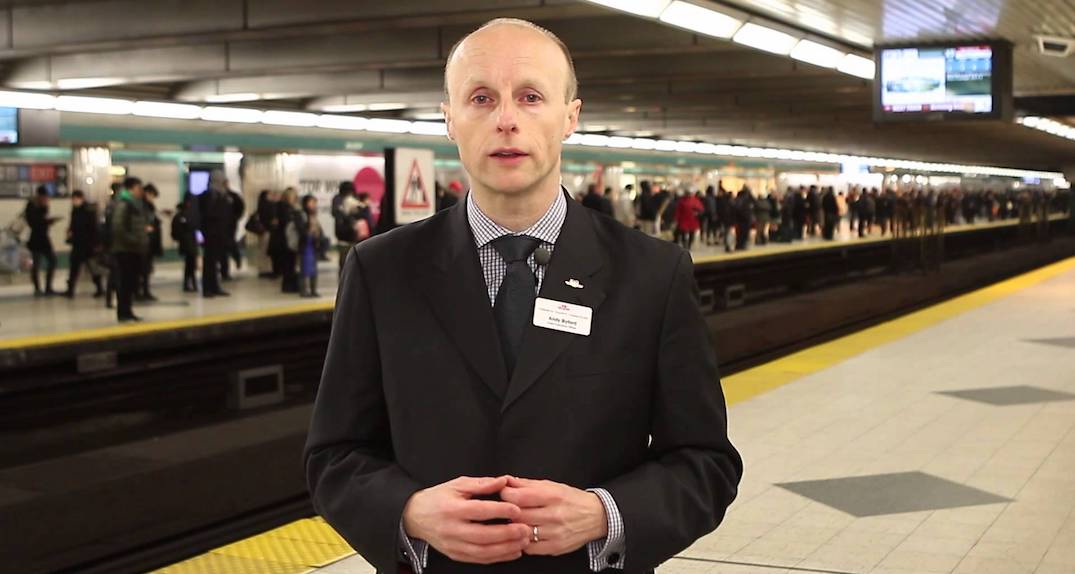 TTC CEO Andy Byford called a meeting on Tuesday morning to announce he will be stepping down from his position.

Byford has been with the TTC for six years, when he began as Chief Operating Officer. He assumed the CEO position in 2012.

During this morning’s announcement, Byford said he has been offered and accepted the role of President and CEO of New York City Transit.

My friend and boss, Andy Byford, is leaving the #TTC to be president and CEO of New York City Transit. So proud and gutted at the same time.

“I will look back on my time at the TTC as the absolute highlight of my 28-year transit career to date,” wrote Byford in a release.

He is leaving the TTC mid-December.

TTC Chair Josh Colle thanked Byford in a statement, saying that during his time as CEO, Byford demonstrated “an unwavering dedication to continuously improving the TTC, fighting for better transit, and for our customers.”

“We have all been fortunate to have his expertise and leadership here in Toronto where transit is never far from the top of the issues list,” said Colle. “New York is lucky to have him, and I wish him great success at what is sure to be a monumental challenge.”

Colle said that at the upcoming Board Meeting on November 28, he will ask the Board to affirm TTC Deputy CEO Rick Leary as Acting CEO, effective Dec. 22.

He said the TTC hopes to have a permanent CEO in place on or before July 1.