At Tuesday’s meeting, the TTC board unanimously voted to award the contract for the tunnel design for the Relief Line South project.

This is a “major step forward” in the project, according to the TTC.

“I am pleased that the TTC and the City of Toronto continues to advance work on the Relief Line. Awarding the contract for tunnel design is an important step towards getting the Relief Line built,” said TTC Chair Josh Colle in a statement.

The TTC said that its evaluation team used qualitative and pricing criteria to assess the three firms in the running for the contract, and Arup Canada Inc. had the highest total weighted score based on the evaluation of proposals. 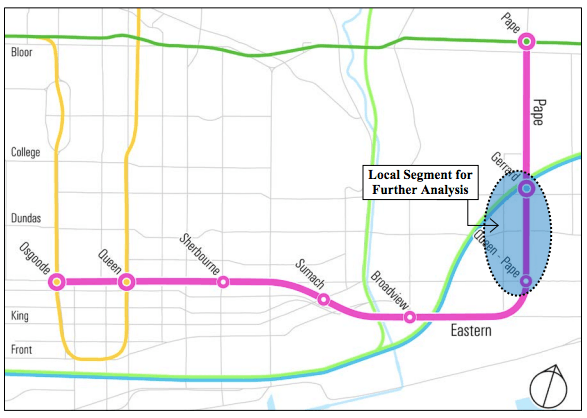 As well, last week the federal and provincial governments announced that they were committing to nearly $9 billion in funding for Toronto’s priority transit projects, including this project.

At the completion of this preliminary design stage, a report will be presented to the TTC Board and City Council in late 2019.

“Transit users need relief. Having a strong and reliable transit network is important to all Torontonians, and that’s why I am committed to getting the Relief Line built,” said Colle.

In February, after a chaotic morning on the TTC, Mayor John Tory promised the line would be built.

“I want every transit rider in this city to know that I am absolutely committed to improving and expanding the TTC so that their daily commute improves,” said Tory. “We are doing everything possible to make sure the existing system is running properly and that we are expanding transit as fast as possible for the future.”

We are getting on with building the Relief Line. pic.twitter.com/nNR4uKMPzx