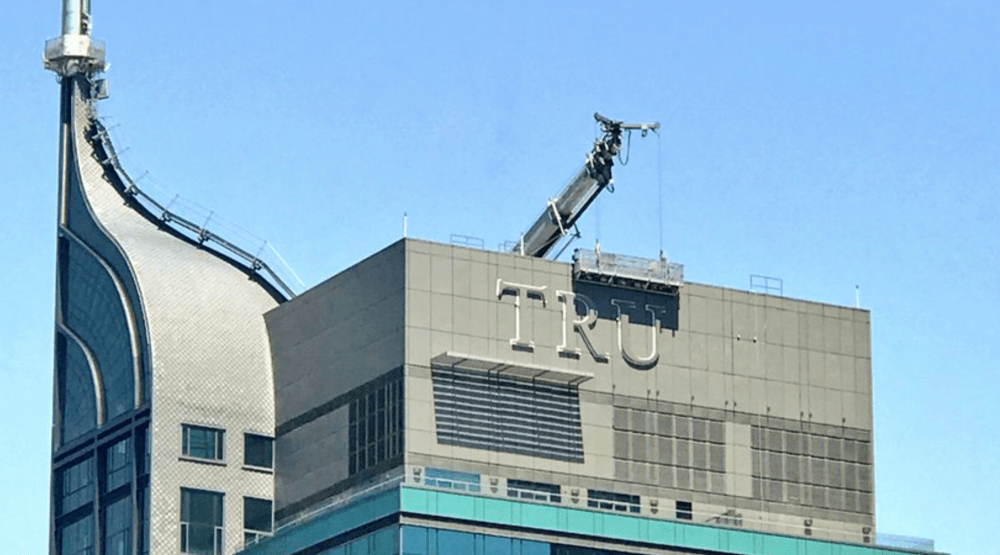 The Trump name will no longer be part of the Toronto skyline.

The hotel and tower located at 325 Bay St. is undergoing an ownership change, which also includes getting rid of the Trump brand.

InnVest Hotels has acquired the prime downtown real estate property from JCF Capital, who had recently bought out the management contracts for the Trump International Hotel and Tower Toronto for an undisclosed amount. The new hotel will be renamed the St. Regis Toronto.

But before the new sign can go up, the old one has to come down, and people are taking notice.

The removal of the name: #toronto #hotel #trump pic.twitter.com/EwkVuHpPh5

Update on the name removal. Just the “M” down so far. #trump #hotel #toronto pic.twitter.com/4IiKcg82F2

Guess it’s safe to say Trump is gone, at least from Toronto.