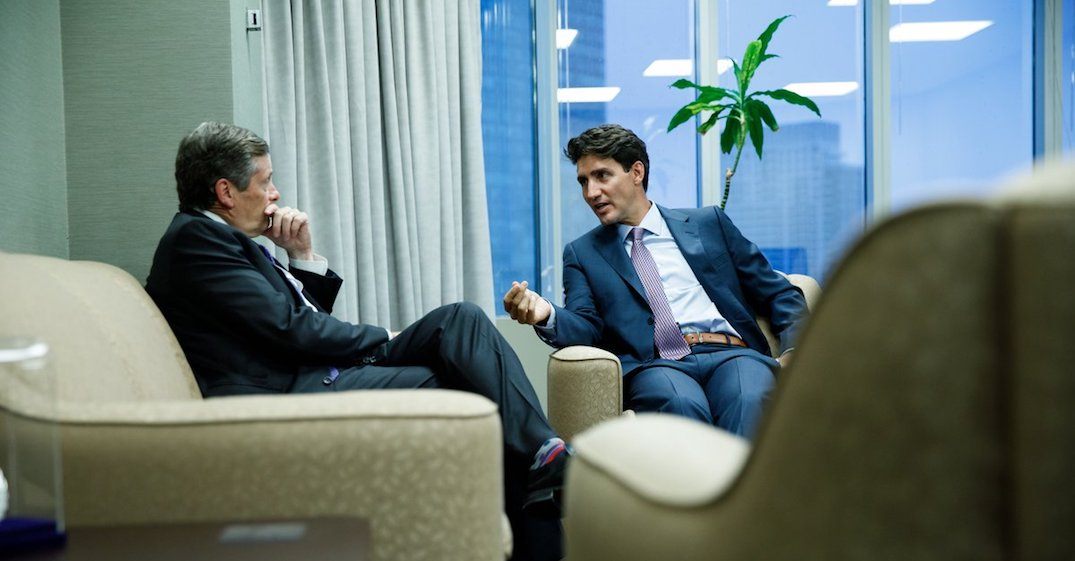 On Monday, an Ontario judge ruling against Ford’s planned cuts to Toronto city council. Justice Edward Belobaba found Bill 5 to be a breach of the Charter and not justified.

In the court documents, Judge Belobaba said Ford’s plans would be “radically redrawing” the city’s electoral districts, in the middle of the election.

In response, Ford said while he respects the court’s decision, he wants to make the government more efficient, adding that he still wants 25 councillors to run in the next election.

The Ontario PCs said they will call back the Legislature and invoke Section 33 of the Constitution to ensure the Better Local Government Act remains in effect as passed by Ontario’s democratically elected Legislature.

Ford said he will take immediate action to ensure Bill 5 remains in effect.

“I and my government are extremely strong supporters and defenders of Canada’s Charter of Rights and Freedom,” Trudeau said, while speaking to media. “The Charter is there to protect Canadians from governments that overreach. It’s something that Canadians value and something that protects us all.”

He continued by saying that anytime a government chooses to provoke the notwithstanding clause to override the charter’s protection, “it has to be done deliberately, carefully and with the utmost forethought and reflection.”

“We’re disappointed by the provincial government in Ontario’s choice to invoke the notwithstanding clause,” said Trudeau. “But I won’t be weighing in on the debate on how big Toronto Municipal Council should be.”

Mayor John Tory met with Trudeau on Monday regarding his concerns around the use of the notwithstanding clause.

“I appreciate his support for democratic principles, democratic institutions, and the importance of respecting cities,” Tory said, although it is unclear if the federal government will be involved.