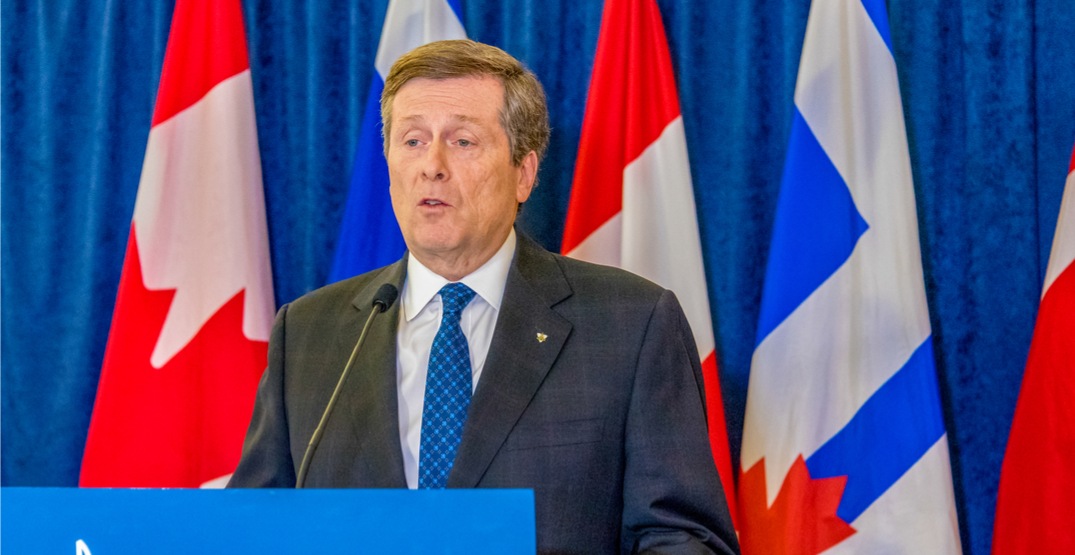 To say it’s been an interesting day in Toronto politics is an understatement.

Mayor John Tory has now said he has reached out to Prime Minister Justin Trudeau and will be calling a special city council meeting this week to discuss Doug Ford’s recent use of the Constitution’s notwithstanding clause to override today’s court decision on Toronto City Council.

Tory called out Ford’s use of the notwithstanding clause saying its “not acceptable” and “unprecedented.”

Tory is also promising, if elected, to hold a referendum regarding the size of Toronto City Council, so people can be heard on this matter.

Monday’s political rollercoaster ride began with an Ontario judge ruling against Premier Doug Ford’s planned cuts to Toronto city council. Justice Edward Belobaba found Bill 5 to be a breach of the Charter and not justified.

In the court documents, Judge Belobaba said Ford’s plans would be “radically redrawing” the city’s electoral districts, in the middle of the election.

“The province has clearly crossed the line,” said Belobaba.

The judge found that the bill “substantially interfered with both the candidate’s and the voter’s right to freedom of expression.”

He ruled that the October 22 election shall proceed as scheduled but on the basis of 47 wards, not 25.

“You can’t change the rules in the middle of a game. That’s not fair to anyone, and this isn’t a game,” said Tory in a press conference following Belobaba’s decision.

But that decision did not last long.

At a press conference, Ford said while he respects the court’s decision, he wants to make the government more efficient.

“I was elected,” he said firmly, “the judge was appointed.”

He said he still wants 25 councillors to run in the next election.

In a release, the Ontario PCs said they will call back the Legislature and invoke Section 33 of the Constitution to ensure the Better Local Government Act remains in effect as passed by Ontario’s democratically elected Legislature

Ford said he will take immediate action to ensure Bill 5 remains in effect.