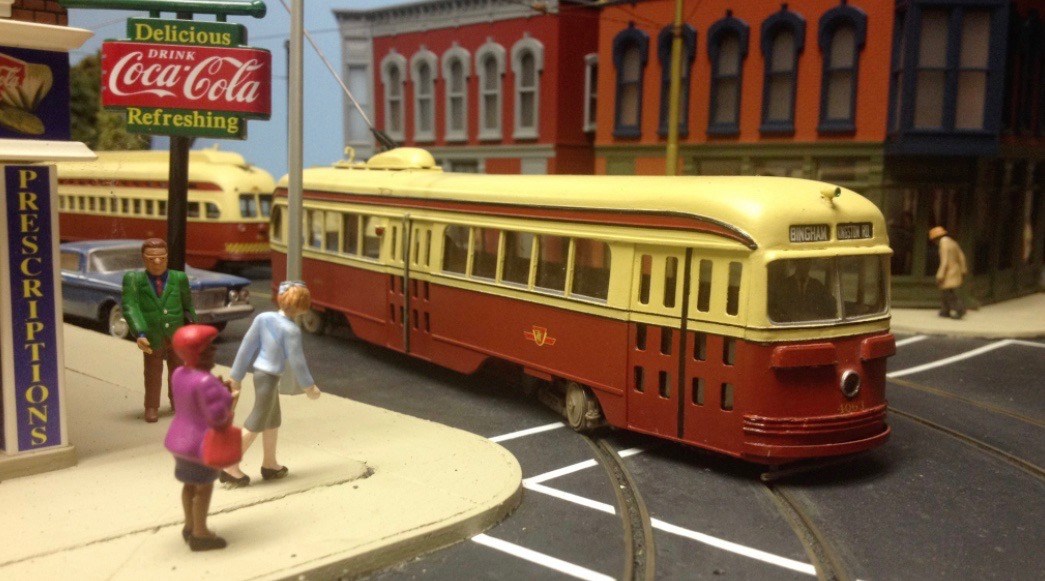 This guy loves his job, that’s for sure. So much so that when Steven Olsen, described on his Twitter page as “Transit employee, enthusiast, and modeler,” comes home after a long day working for the New York City Transit Authority, he starts to put together his dreams of both the past and future TTC.

Albeit on a much smaller scale.

We’re talking updated tweets about his progress on cleaning up rear windows and fitting interiors.

We only wish we had this kind of commitment. Or, for that matter, that TTC employees loved their job this much – our commutes to work might be a little friendlier if that were the case.

Oh, and Bombardier, if you’re reading this: hire this man and get us our damn streetcars already.

Streetcar operator ran out to get a coffee! pic.twitter.com/EqwD3u1274

My latest project! Fresh from the caster. @TTC CLRV in O scale. pic.twitter.com/WUNk9Gmlhz

A work in progress. 3 hours in. pic.twitter.com/IWtb7Qei5R

Moving along, cleaned up truck side frames and rear window #TTC #CLRV pic.twitter.com/06X0bKYZEt