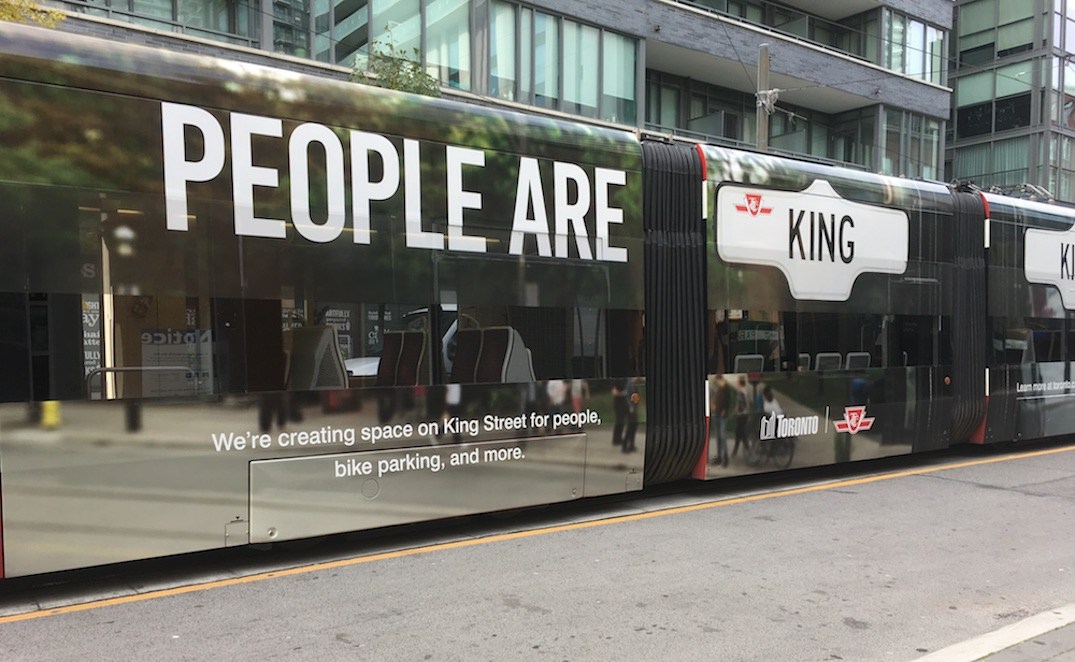 The City of Toronto has released its initial traffic and transit data from the recently implemented King Street Pilot Project.

The transit-priority pilot project, which runs along King Street from Bathurst Street to Jarvis Street, launched on November 12 in an effort to improve transit service, support economic prosperity and improve public space.

According to the city, the data released today represents the first two weeks of travel time monitoring for both streetcars and vehicles.

The U of T data also points out that prior to the pilot, 19% of trips during that evening peak were taking longer than 25 minutes to cover the 2.5-kilometre stretch, compared to just 1.3% after.

As for vehicles, the City states that the average time for cars travelling on most streets in the pilot area have seen variations (+/-) of around one minute or less compared to before the pilot, adding that in some cases, other conditions were identified which most likely caused the delay.

“This initial set of data shows improvements in the reliability and travel times of the streetcar, with minimal impacts on travel times for vehicles on other routes in the downtown,” said Barbara Gray, General Manager of Transportation Services, in a statement. “We will examine the data and make any operational improvements necessary to ensure people can move quickly and reliably through the downtown no matter how they travel.”

The pilot project is being monitored for impact on transit service, traffic flow on parallel streets and effects on cyclists, pedestrians and local businesses through data collection and public feedback

The city will be releasing data from the pilot on a monthly basis, around the 12th of each month.

“Measurement is vital to the King Street pilot, and will ensure we can make any necessary adjustments so the street and surrounding area works for transit customers, cyclists, pedestrians, drivers and business owners as well as local residents,” said Mayor John Tory. “We also appreciate the feedback of local businesses, transit users, and the taxi industry and will continue to address any concerns as quickly as possible.”