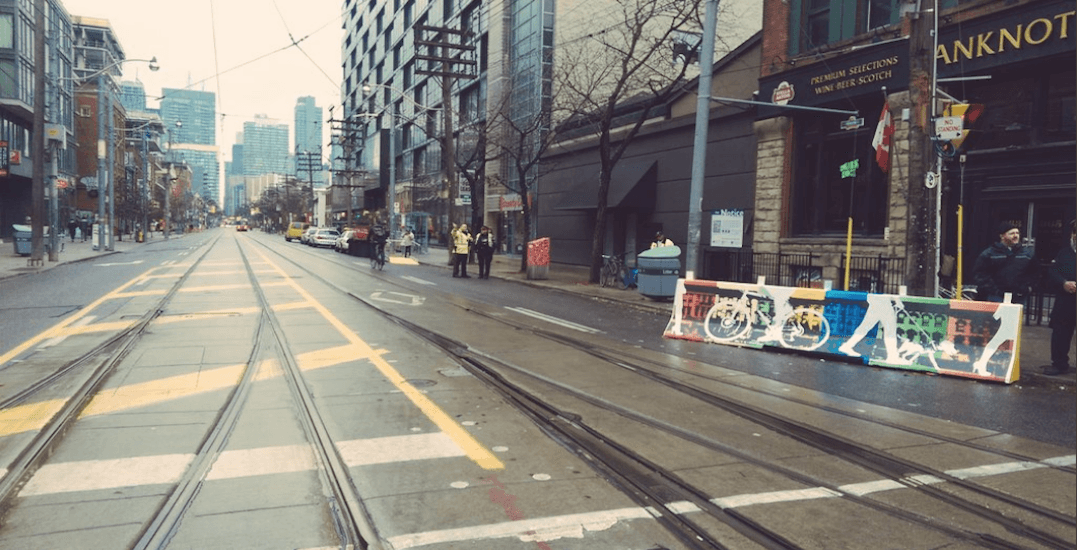 If you were downtown this weekend, you would have noticed some significant changes to King Street, as the city’s one-year Pilot Project officially kicked off.

The project is intended to change the way cars travel on King Street, which is the busiest surface transit route in the city, specifically between Bathurst and Jarvis, with some 65,000 transit users commuting daily.

People and transit will now be given first priority, by improving transit reliability, speed, and capacity.

Today marked the first official morning commute with the new set of traffic restrictions in place and it’s safe to say that transit users loved their shorter and faster commute.

#KingStreetPilot is working! My streetcar sailed across the core this morning. Bravo TTC. We desperatly needed a faster east-west route dowtown.

Hands down, smoothest and fastest commute from Shaw to Yonge on King. I could get used to this. 👏#KingStreetPilot

Usually don’t take transit to work, but the King streetcar was crazy fast this morning #KingStreetPilot

Hell yeah. It took only 15 mins to get from Jarvis to Shaw. 😍@TTChelps #KingStreetPilot #TOpoli #reclaimingmytime

Drivers, on the other hand, weren’t as welcoming of the new changes and continued to drive down King despite police warnings.

No cop no compliance. Cop further up King and waving drivers over. This cab flew right by him. @BeckTaxi #KingStreetPilot pic.twitter.com/P12YxidGRR

Warnings r being issued this week, far too many this morning!!!Drivers, you need to get with the program,you need to follow these new rules. #KingStreetPilot pic.twitter.com/G6HhbuVDBz

Const. Clint Stibbe said it best, drivers need to get with the program and follow the new rules. Once this happens, everyone will be able to travel down King more efficiently.