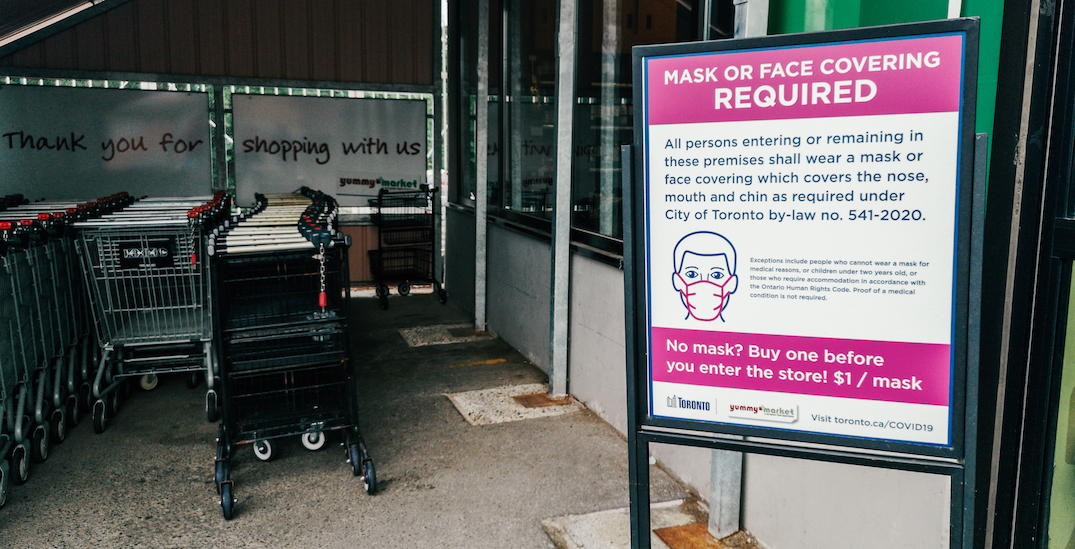 Mayor John Tory said that Toronto is going in the “wrong direction,” as the city has reported its highest single-day count with 504 new COVID-19 cases.

On Monday, Tory said that “numbers are going in the wrong direction as we speak” and that an “enhanced suite of measures” will be introduced tomorrow to stop the spread of the virus.

Currently, the mayor said that the city is talking with health officials, lawyers, and the province to review all options that will result in “strong responsible action” and will communicate the new rules with the public “as soon as possible.”

“There will be more on this tomorrow,” he added.

Tory also emphasized that individuals should stay within their household and take “all necessary precautions” when at work or in school.

Toronto’s Medical Officer of Health Dr. Eileen de Villa said the case count was the “most concerning I’ve seen here in Toronto since the pandemic started. It shows exponential growth.”

“If we had seen these numbers earlier, we would have found them extremely worrisome,” she said. “I’m fearful we are at risk of getting used to our case counts as inevitable, irreversible, and just the way it is. There is nothing normal about this.”

De Villa added that the cases are a “clear warning to us all.”

She also said that a worrying trend with contact tracing is there is less known about where people are contracting the virus, making it difficult to have more targeted strategies.

And with the news of Pfizer’s COVID-19 vaccine being 90% in the trial stage, the mayor also announced that Toronto will have a COVID-19 Immunization Task Force, which is creating a strategy to distribute the virus, create spaces for clinics, and decide who will receive the vaccine first.

Earlier on Monday, Premier Doug Ford said that Toronto is moving into the Red – Control level from the current modified Stage 2.

It would see indoor dining and gyms reopening with tighter restrictions, allowing only 10 people indoors at a time.

Ford said that de Villa can add to or change the guidelines.