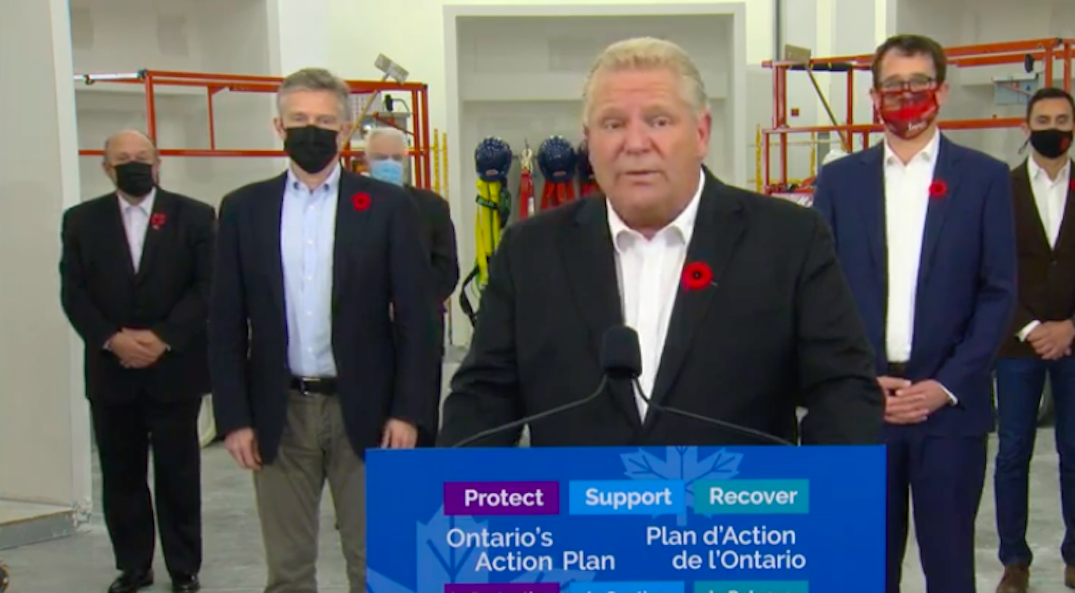 UPDATE as of November 10: Toronto has announced it will continue closures of indoor dining, prohibit group fitness for 28 days. It is also recommending only interacting with your own household. These restrictions are in addition to the province’s Red-Control level. Read more on this update here.

Premier Doug Ford said that Toronto will move into the Red – Control level this weekend as COVID-19 cases continue to surge in the city.

On Monday, Ford said that Toronto, which is currently in a modified Stage 2, will move into the Red – Control level, which will see the reopening of some businesses like indoor dining and gyms, but with tighter restrictions.

During the city’s press briefing on Monday, Mayor John Tory and Medical Officer of Health Dr. Eileen de Villa did not confirm this plan and said more news will be announced on Tuesday for the city’s new restrictions.

Ford did say that local medical officers will have the power to add or change the guidelines if they feel the provinces are not adequate.

“It’s a good framework,” Ford said. “We are in close collaboration with Dr. de Villa, that is the health table and Dr. Williams are. I am in close communication with Tory. We need to make sure we’re on the same page. Dr. de Villa has the authority and power to change things in the red zone as we call it.”

Last week, Ford announced the Keeping Ontario Safe and Open Framework, which places every region in five categories that each have distinct guidelines to help stop the spread of the virus. The five categories are prevent (green), protect (yellow), restrict (orange), control (red), and lockdown (grey).

Toronto was originally slated to move into the orange zone on November 14, but cases have been increasing over the last week.

On Monday, Toronto reported 483 cases and has a seven-day moving average of over 300, which has been increasing. 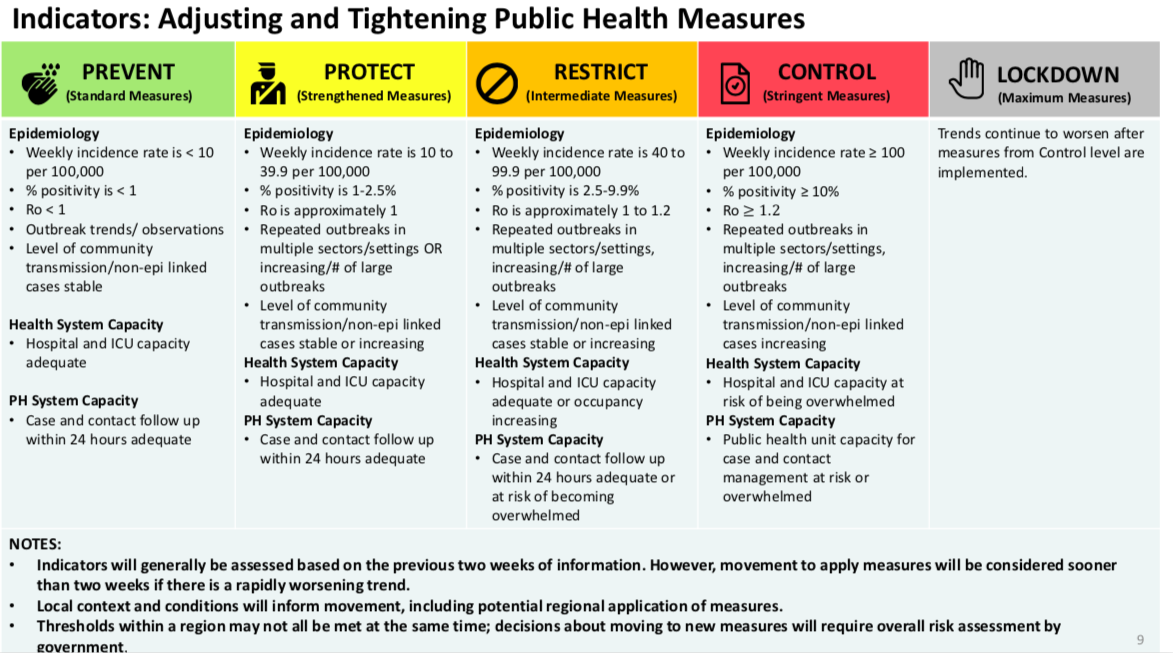 In the red zone, social gathering limits remain the same, with 10 people indoors and 25 people outdoors.

Also, restaurants and bars can reopen for indoor dining at this level but can only have a maximum of 10 people indoors. However, interior dining spaces in malls will be closed.

All sports and recreational programs in other facilities (arenas and multiplexes) will be limited to 10 people per room indoors and 25 people outdoors.

Team sports must not be practiced or played except for training (no games or scrimmage), and there is no contact permitted for team or individual sports.