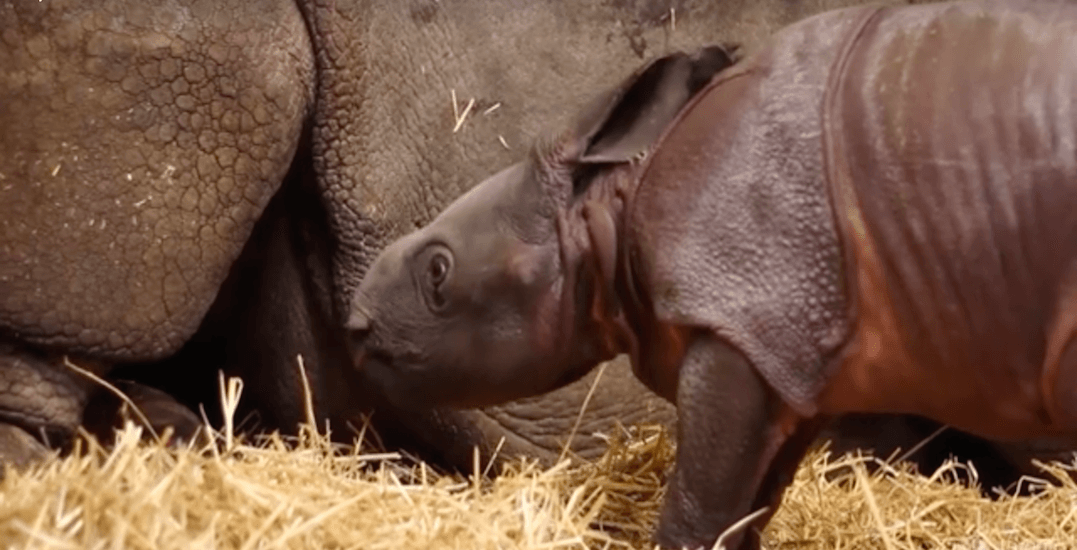 As we head into the second week of 2018, the Toronto Zoo has announced its first birth of the new year.

Earlier today, the zoo announced that on January 4 at 11:04 am, Ashakiran, a 13-year-old greater one-horned rhinoceros gave birth to a male calf.

By mid-December, Ashakiran, who is also known as “Asha”, was moved from public viewing into a maternity area at the zoo where video cameras were set in place for Wildlife Care staff to monitor her closely.

Following the birth, the calf appears to be very healthy and feeding well. However, the first thirty days are critical for both the mom and calf.

If you the cold weather has you down, let this video of the adorable baby rhino feeding warm you up.

We are excited to announce that Ashakiran, a 13-year-old female greater one-horned rhino, gave birth to a male calf on Thursday, January 4, 2018, at 11:04 am. This is the first birth of 2018 for the Zoo. 🎉 pic.twitter.com/Hlqs0lVhvt