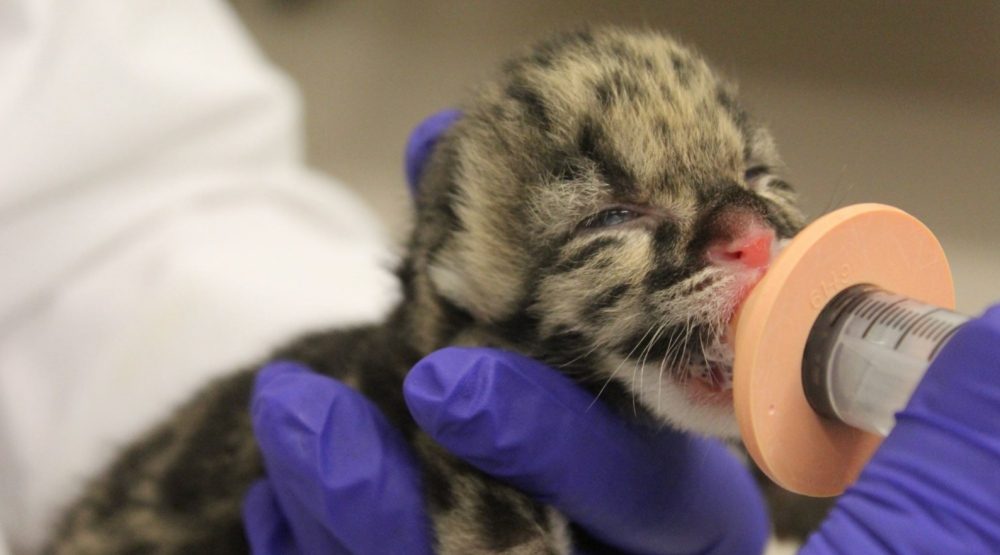 May has been a busy month for The Toronto Zoo.

The Toronto attraction remains closed to the public as workers strike but the labour dispute hasn’t slowed down new arrivals this spring.

Dr. Chris Dutton, Toronto Zoo’s Chief Veterinarian shares that, “We are absolutely delighted about these new arrivals, and for the clouded leopard cubs, our joint Wildlife Health and Wildlife Care team are working around the clock in the new ICU to help ensure they continue to thrive.”

The press release goes on to provide an update on animal care during the ongoing strike:

The Toronto Zoo exempt staff is committed to providing care to the animals during the strike by CUPE Local 1600 members. Staff are working under the supervisor of Wildlife Care experts, veterinarians, and curators and we want to assure everyone that these animals continue to receive great care during this difficult time…

Get your fill of cute right here. These photos and videos recently shared on The Zoo’s Facebook might be the only chance to see the cubs for a few months as “the snow leopard and cheetah moms are off-exhibit while they care for their babies. The clouded leopard cubs will remain in the ICU of the Wildlife Health Centre as they will require ongoing care.”