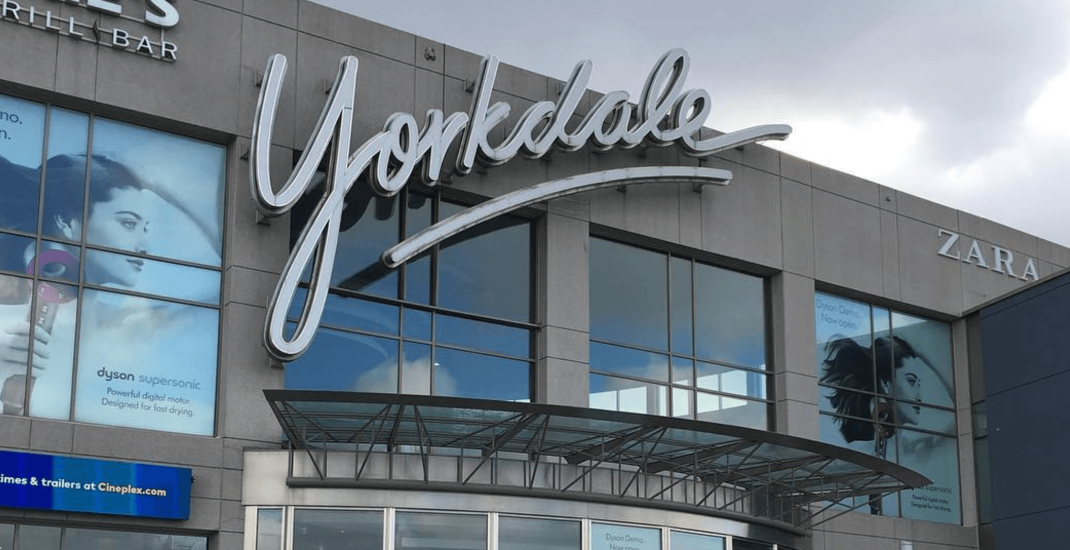 Update: Police are now looking for multiple suspects. The latest update can be found here.

Police are warning the public to avoid Yorkdale Mall following gunshots near the east side of the shopping centre.

According to police, the mall is on lockdown, no one is allowed in and people are being assisted to leave.

Officers are currently canvassing for witnesses and video from witnesses, the mall and stores.

Sounds of gunshots @yorkdalestyle Officers have confirmed a discharge in the area. Mall is being evacuated. Avoid the area @TPS32Div 1605887 ^ma

Officers are currently looking for multiple suspects, one Black male in his 20s, wearing a black jacket (hoodie), and blue jeans.

The second suspect is described as male, mixed, in his 20s, 5’9″, skinny, with a black handgun.

There have been no injuries reported at this time.

The TTC is bypassing Yorkdale Station at this time.

Line 1: Trains are not stopping at Yorkdale due to police activity.

Shoppers are currently under lockdown inside the mall for safety measures.

I’m in Yorkdale shots were fired ? Locked in the Rolex store for safety @CP24 #toronto #yorkdale

Stuck inside the Yorkdale mall after shots rang out. A lot of panic and worry earlier but everyone calm. Am hearing this happened at the Starbucks location. #yorkdale pic.twitter.com/nDZ2VerZnY

“Whether it is Yorkdale Mall or anywhere else in Toronto, people should not have to worry about gun violence breaking out – at any time. There are too many guns available to criminals in the city and I am determined to end that with the help of our police and our government partners.”

Tory added that he’s relieved there were no injuries and thanked the Toronto police and first responders for quickly responding to the incident.

Yordale Mall will be closed for the rest of the day to allow police to investigate.

Following today’s incident, we will be closed for the rest of the day to allow police to investigate. Yorkdale is secure and we are cooperating with police to safely evacuate the centre. We expect to open as scheduled tomorrow morning at 10 a.m. All questions to: @TPSOperations