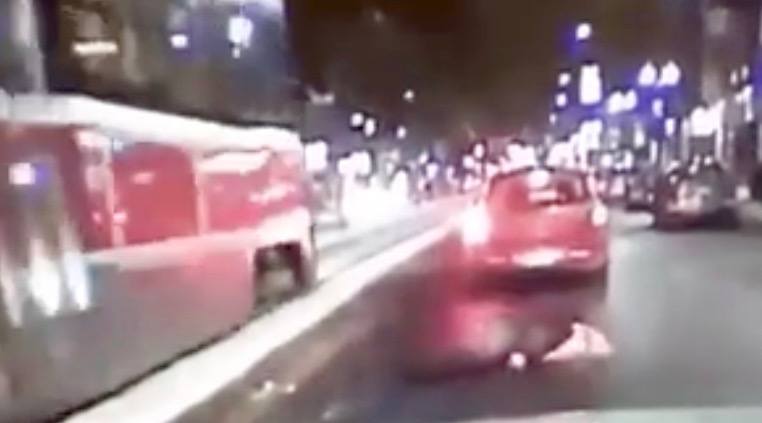 A disturbing video uploaded today to image sharing site imgur.com shows a woman in downtown Toronto being hit by a streetcar as she attempt to cross its tracks.

The graphic result is a reminder to everyone in the city as to why crossing streetcar tracks is extremely dangerous.

Although uploaded today, the video appears to have been shot from a dashcam dated December 13, 2016. The comment below the uploaded video from imgur user ztensa sayas the following:

The woman in the video survived the contact. Suffer a broken collarbone and who knows what else. The point of the video is not to say who was right or wrong (clearly we know who was in the wrong), but to educate everyone how to correctly cross the street. NO JAYWALKING PLEASE!

Be careful out there, Toronto.