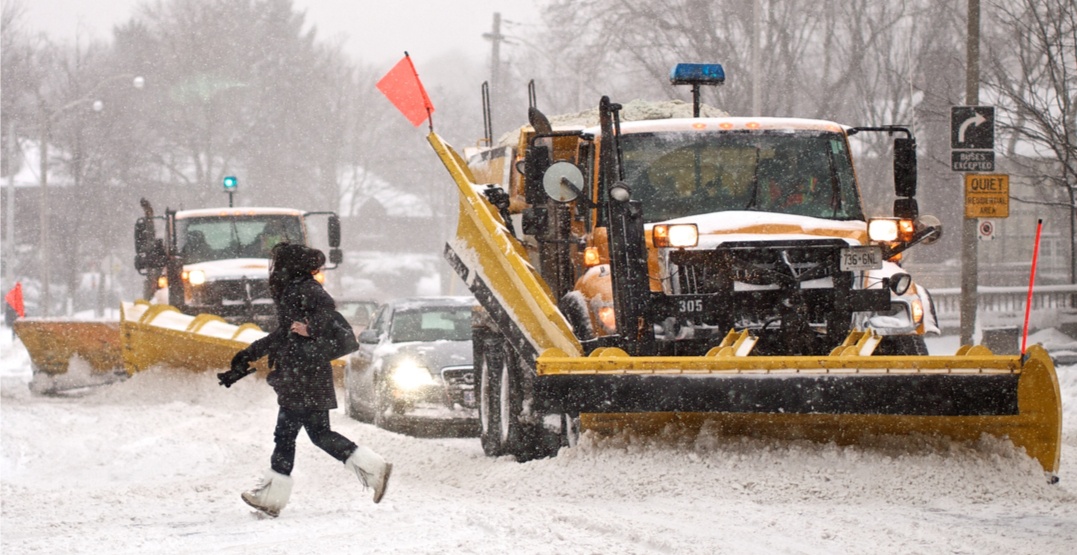 As Canada prepares for a snowstorm filled winter, Toronto has taken the measures needed to ensure the city is prepared for what’s coming.

“Weather is always hard to predict, but the City is ready for whatever winter has to throw at us,” said Councillor Jaye Robinson (Ward 25 Don Valley West), Chair of the City’s Public Works and Infrastructure Committee.

“We have a multi-pronged plan for clearing snow and ice from our streets, including an arsenal of equipment ready to tackle this winter head-on.”

As we head into the final week of November, Environment Canada is showing that snow is on its way to the city.

Regardless of how much snow is expected, the city is ready to tackle winter weather – both on city streets and beneath them – by managing snow and ice on city streets, and by responding to the effects of cold weather on the city’s watermains and water service pipes.

The multi-pronged plan includes having more than 1,500 personnel on standby 24/7, 600 snowplows, 300 sidewalk plows and 200 salt trucks in its winter operations fleet.

In addition, there are about 200 smaller pickups and dumptrucks to help keep the roads and sidewalks safe and passable during the winter season.

Once the temperature shifts between thaw and freezing, watermains are susceptible to breaks. Toronto Water staff is ready to respond to service calls 24 hours a day, seven days a week.

The City has also identified a priority network of bike lanes and cycle tracks in the downtown core that will continue to receive enhanced winter maintenance, including snow plowing and salting to improve safety for cyclists.

Residents are being asked to help assist with the City’s snow-clearing efforts by not pushing snow back onto the road, by avoiding parking on city streets to help the plows do their work and by taking public transit instead of driving.