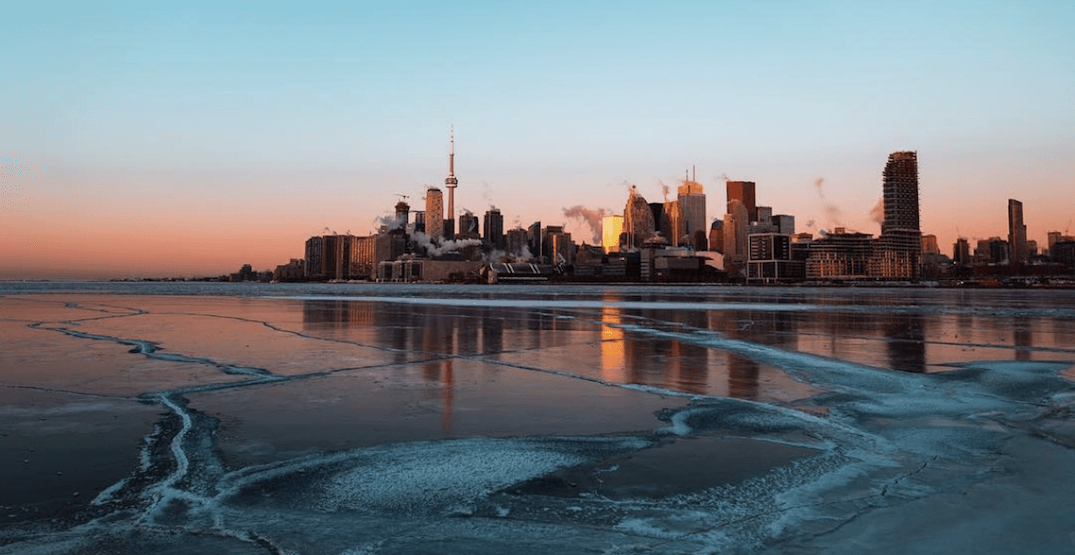 The freezing temperatures might be enough to make you seriously consider staying inside all winter long.

However, hibernating really isn’t an option when winter in Toronto is this eventful.

From mouthwatering foodie events to beer festivals and incredible art exhibits, here are the top winter events happening in Toronto that’ll surely heat up your social life this season.

What: Now in its 4th year, Toronto Vintage Prom will host another exciting evening filled with plenty of vintage music, fashion and fun. Prom-goers are invited to travel back in time with this year’s prom theme: ‘Dreams of the Silverscreen’, which will celebrate classic Hollywood with the decor, fashion and live music being inspired from the 1920s to the 1950s.

What: Guinness Book of World Records’ fastest oyster shucker and proud owner of The Céilí Cottage, Patrick McMurray hosts this winter feast featuring a menu that includes steamed mussels and Malpeque oysters, lobster with whiskey cream and asparagus, and more.

What: Calling all music lovers: the Burdock Piano Fest is back for its third year. This January, Toronto’s Burdock Brewery will be the place to be, as it will be setting up its baby grand piano and hosting a series of incredible concerts from 30 plus pianists, including a number of special guest performers who have yet to be announced.

What: The annual celebration of the great Scottish poet takes place each year on (or around) The Bard’s birthday, January 25. Get ready for an evening of whisky, haggis, poetry and plenty of bagpipes.

When: January 25
Where: Various venues throughout Toronto

What: Part of the Winterlicious culinary even series, this 10-course tasting experience is served up in a “forest-like” dining room and promises demonstrations and interactive elements along with dinner.

What: This January, you can witness Canada’s rapidly growing tech sector for yourself at the fifth annual Cantech Investment Conference taking place in Toronto. The one-day conference is the biggest of its kind in Canada and it’s set to showcase more than 110 public and private tech companies and startups while highlighting the hottest trends in the industry.

When: January 31, 8 am to 6 pm
Where: Metro Toronto Convention Centre, 222 Bremner Boulevard

What: For over 20 years, Harbourfront Centre’s Kuumba has sparked discourse and conversation around current and historical debates within the African-Canadian community. Official schedule and dates to be released soon.

When: February
Where: 235 Queens Quay West

What: Whether you are a newbie or an aficionado of tea culture, the 6th annual Toronto Tea Festival will enable you to discover the world of tea from the traditional to the trendy.

What: Toronto Fashion Week returns to Yorkville Village this winter, bringing a stellar lineup of local designers, events and parties.

What: Hundreds of elite artists from Mainland China and Canada will be performing at this incredible event. If you want to enjoy the splendid Chinese traditional culture along with a fabulous visual art feast, you won’t want to miss this event.

When: February 15, 8 pm to 11 pm
Where: Sony Centre for the Performing Arts, 1 Front Street East

When: February 16 to 25
Where: Metro Toronto Convention Centre

What: A new Justin Bieber exhibit is starting in February, in the singer’s hometown of Stratford, Ontario. The exhibit, which is called ‘Steps to Stardom’, was created with the help of Bieber and his family and will feature hundreds of the singer’s personal belongings including a hockey bag and jacket from his time with the Stratford Warriors, running shoes, microphones, photographs, personal letters, various awards and more.

When: February 22 to June 3
Where: The Gardiner Museum, 111 Queens Park

What: The city’s biggest indoor beer festival is back! The 3rd annual Toronto Winter Brewfest will take place March 2 to 3, and will welcome over 40 breweries, more than 150 beers, food trucks, DJs, games and more.

What: This charity boxing tournament will see heavyweights from Toronto’s culinary scene contend in three rounds over six exciting matches while spectators can enjoy food and drink for purchase from top Toronto vendors.

What: He’s rocked our body, he showed us summer love, and – of course – he brought sexy back. And now Justin Timberlake is bringing his suit and tie to Toronto this March for his first visit back to the city since 2014.

What: Everyone’s favourite excuse to get decked out in green and drink copious amounts of Guinness! Round up your friends and head to your nearest pub for a day you most likely won’t remember.

When: March 17
Where: Venues throughout the city