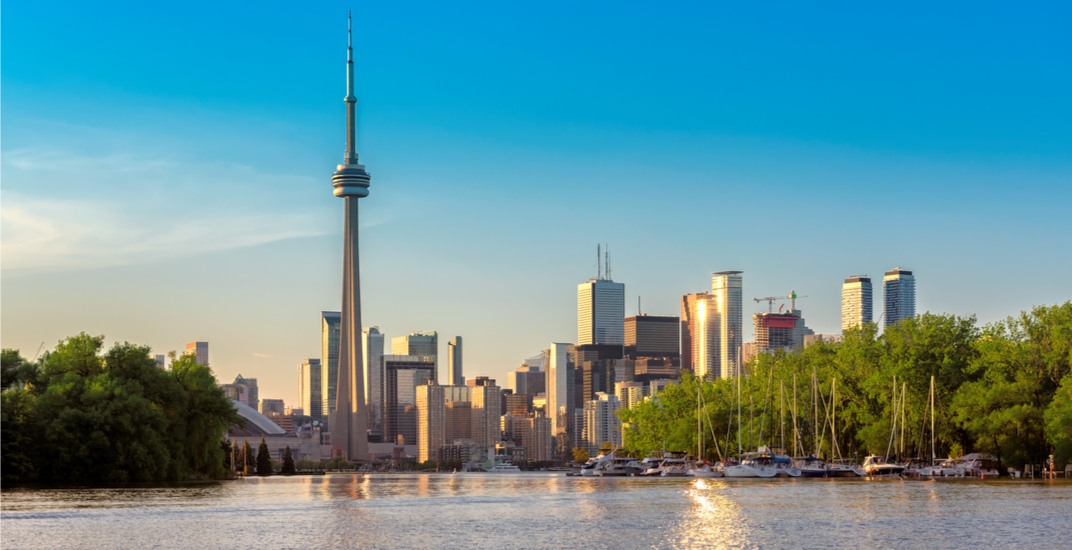 Fall officially kicks off this weekend, but the summer weather continues in Toronto.

From some delicious foodie events and festivals to the incredible Invictus Games, there are plenty of exciting things to check out in the city over the weekend!

What: Toronto’s own Michael Caldwell, a two-time Dora Award-winner, will unveil his first full-length work. Factory will transport audiences to a post-traumatic world in which we have lost all known ability to communicate. Factory will construct a dizzying sonic universe exposing society’s compulsion for power and corruption.

Where: The Citadel: Ross Centre for Dance, 304 Parliament Street
When: Now until September 23

What: 30+ events are planned in part of this collective series of events showcasing local beers, brewers, and bars.

Where: Bars and breweries across Toronto
When: Now until September 23

Where: Various venues throughout the city
When: Now until September 30

What: This weekend, come and check out some incredibly talented millennials as they turn their outdoor business ideas into action plans. Over 50 participants will do learning sessions, pitch to a panel to win funding for their idea and participate in outdoor activities like SUP paddle boarding and acrobatic yoga.

Where: Ontario Place
When: September 22 to 24

What: In this six-week course, Dr. Franco Gallippi explores the history and cultural significance of some of Italy’s most famous dishes as examined through Italian cinema and literature.

What: Top chefs from across Toronto are getting together for an epic tapas party this weekend. Taking place in the lush, 14,000 square foot gardens at Thistletown Collegiate Institute in Etobicoke, The Chef’s Harvest Garden Party aims to raise funds towards a food-focused student trip to Spain.

What: 20+ small batch beers get together for this festival featuring unique brews like Roasted Sweet Potato Belgian Blonde, Salted Caramel Stout, and Lavender and Apricot Saison. Also look forward to beer-friendly foods from the kitchen at 3030.

What: Road trip alert! The Kawarthas Northumberland Butter Tart Taste-Off will see an entire warehouse-sized building filled with butter tarts this September as competitors vie for the honour of best butter tart flavours in various categories.

Where: Peterborough Farmers’ Market, 136 Lansdowne Street
When: September 23, 9 am to 1 pm

Paradise in the Park Toronto

What: Following the successful LA Paradise in the Park event, Jamie Jones proudly presents the second installment of this series; Paradise in the Park Toronto. Come and enjoy a vibrant open-air venue and incredible music. What more could you need for a perfect day party?

Where: Woodbine Park
When: September 24, 2 pm

What: Canadian indie songstress Fiest will be performing at Toronto’s iconic Massey Hall this month to promote her latest album Pleasure.

Word on the Street

What: Participate in hundreds of author readings, discussions, and activities, and shop in a marketplace that boasts the best selection of Canadian books and magazines you’ll find anywhere. There’s plenty to see and do at Canada’s largest FREE book and magazine festival.

What:  Come and enjoy a full day of car-free fun, music, food vendors, performances, shopping and all kinds of street-side surprises. Take the afternoon and check out a dance party, a band, a food stand and more.

Where: Kensington Market, Augusta south of College
When: September 24, 1 pm to 11 pm

What: As part of Pedestrian Sunday, Kensington Market will also play host to an incredible, curated outdoor art fair focusing on original two and three-dimensional art.

Where: Kensington Market, Augusta south of College,
When: September 24, 12 pm to 7 pm

What: Sip, slurp and savour at this annual soup-tasting and harvest celebration. Local gardeners, farmers, restaurants, and chefs will create signature soups for this AYCE event ushering in fall.

What: Black Foodie and Supafrik bring together West African caterers, restaurants, bloggers, and home cooks for a culinary showdown featuring secret recipes and spices. Attendees get to sample and vote on the best jollof rice dishes, plus access to a bumpin’ day party.

Where: Ristorante Buonanotte, 19 Mercer Street
When: September 24, 4 pm to 8 pm