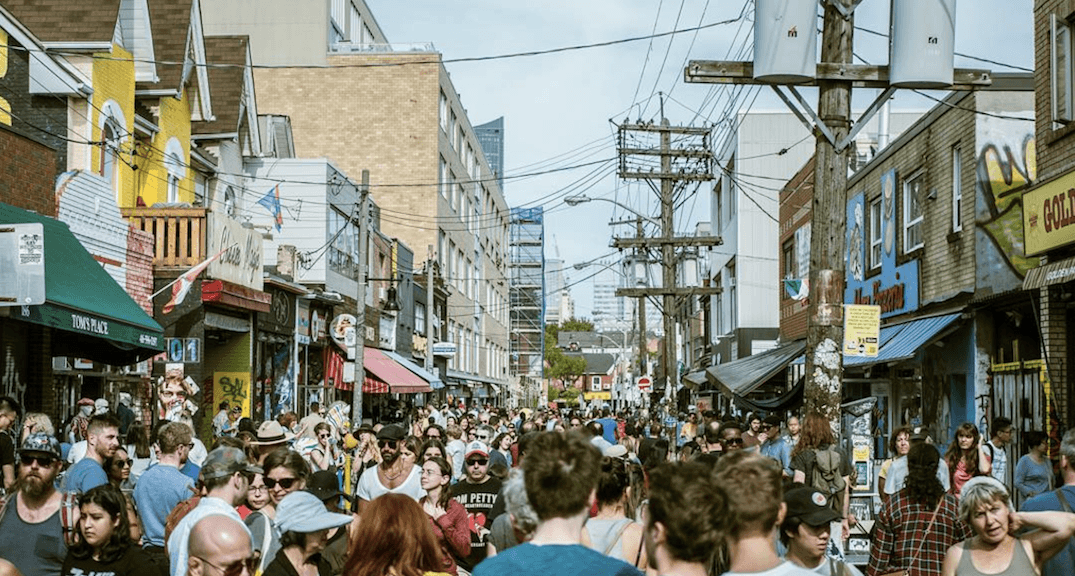 Warm weather is in full swing, and the weekend is upon us. Like most weekends in Toronto, there are events resulting in several road closures in the city.

Along with the roads, the TTC also has a planned closure, and some diversions due to the Invictus Games.

Songwriters Hall of Fame Induction Ceremony
The eastbound bike lane will be closed on Shuter Street from Victoria Street to St. Enoch’s Square from 5 pm to 7:45 pm on Saturday, September 23.

Harvest Festival
Two eastbound lanes of Dundas Street West from Runnymede Road to Fisken Avenue will be closed from 7 am to 10 pm on Sunday, September 24 for this event.

Pedestrian Sundays in Kensington Market
The following streets will be closed for this event in Kensington Market on Sunday, September 24:
• Augusta Avenue from Dundas Street West to College Street, but the intersection at Augusta and Nassau Street and Augusta and Oxford will be open for traffic
• Baldwin Street from the west side of Green P parking garage (west side of Spadina Avenue) to Augusta Avenue
• Kensington Avenue from Baldwin Street to Dundas Street West
• St. Andrew Street from the Green P parking garage to Kensington Avenue (access to the parking garage will be maintained)

All of the above street closures will be in effect from noon to 7:30 pm with the exception of Kensington Avenue, which will be closed from noon to 10:30 pm.

The Invictus Games 2017
The Invictus Games 2017 will take place September 23 to 30. In order to provide a safe and secure environment for those attending the games, as well as those who live and work in the city, various road closures will be in effect in accordance to the Toronto Police Service’s security plan. Overviews of these measures will be issued each morning and will be available on the Toronto Police Service’s website and on Twitter.

There are no planned subway closures for the next two weekends.

From September 23 to 30, Toronto will play host to the third installment of the Invictus Games. Several events associated with the Games will impact service for some TTC customers.