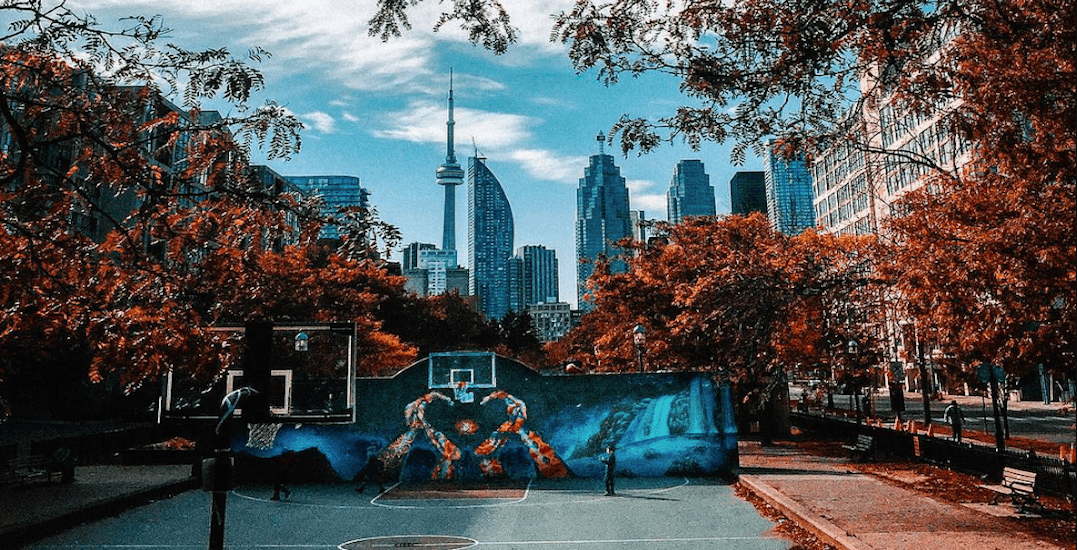 November has finally arrived and we couldn’t be more excited.

For starters, November is the warm-up for the chaos that is December. But more importantly, there are so many incredible events taking place.

Whether you want to indulge at a foodie event, treat yourself to a show, or you’re watching your spending, there are plenty of events taking place in Toronto – especially this weekend!

From the Royal Agricultural Winter Fair to the reopening of Toronto’s iconic Cinesphere, here are the top weekend events from November 3 to 5.

What: You’re invited to explore the supernatural side of Toronto’s historic pioneer village – in the dark! Featuring some of the oldest buildings in the city, Black Creek Pioneer Village is the perfect, creepy backdrop for a night of spine-tingling ghost stories. Each participant will receive a special, limited edition Haunted Walk flashlight. Tickets are available online from $24.75 – $29.75 per person.

What: Celebrate the Day of the Dead in Toronto with traditional festivities and tequila-fueled fiestas. Check out this round-up of Día de Muertos events happening in Toronto.

When: Now until November 5
Where: Venues across Toronto

What: Get into the Halloween spirit by catching one the ten most terrifying films of all time at the AGO. This special event is part of the AGO’s creepiest new exhibit, Guillermo del Toro: At Home With Monsters, and will also have special horror film screenings running until December. This weekend’s film is Silence of the Lambs.

When: November 3
Where: The AGO, 317 Dundas Street West

When: November 3
Where: Sony Centre for the Performing Arts, 1 Front Street East

When: November 3
Where: The Royal Ontario Museum, 100 Queen’s Park

Goat Yoga at the Royal

What: As part of the Royal Agricultural Winter Fair, Haute Goat will be leading a free goat infused yoga session that’s suitable for all yoga levels.Whether you’re planning on visiting the Royal, or you’re just a yoga enthusiast, come and complete your poses next to some adorable baby goats.

What: Grammy-winning Canadian indie rock band Arcade Fire (who don’t seem so “indy” anymore) hit the ACC to perform an eclectic, multi instrument-filled show of both old material and hits of their latest album, “Everything Now.”

What: The Cinesphere is finally reopening its doors permanently this weekend. Head down to Ontario Place as regular programming resumes at this iconic cinema with screenings of Dunkirk and Beauty and the Beast.

When: November 3 to 11
Where: Various venues throughout the city

What: Bringing a little bit of the country to the city, the longtime-running Royal Winter Agricultural Fair returns to offer farm goods and agriculture, entertainment, horse shows and shopping. One of the Royal’s must-visit attractions is the Prince’s Charities Canada and the Campaign for Wool’s Wool House installation, which is a creative space that raises awareness of wool as a sustainable fibre.
When: November 3 to 12
Where: Canadian National Exhibition grounds, 39 Manitoba Drive

What: Solidarity Against Fascism Everywhere (SAFE) and East Enders Against Racism (EEAR) have organized a Block Party at Kew Gardens at Kew Gardens this weekend.

When: November 4, 9 pm
Where: The Garrison

When: November 4 to 12
Where: Hashtag Gallery, 830 Dundas Street West

What: Día de los Muertos (Day of the Dead) is a festival of reverence for those who have left the world of the living. Explore Mexico’s most popular cultural celebration through a contemporary lens, with live music, art installations, family activities and more.

When: November 4, 11 am
Where: The Drake Hotel, Drake One Fifty, Drake Commissary, and Drake Devonshire

What: The most decadent and delicious food festival of the year is on over two days this November offering a weekend full of chocolate door prizes, raffles, sampling, shopping, chocolate making demonstrations, and more.

What: The 9th annual EcoFair is a free, family event that informs and inspires people to make greener choices in their homes and communities. Here you’ll learn about green initiatives and achievements in Toronto’s neighbourhoods, and learn green tips and tricks.

What: Rapper Lil Yachty – who has worked with names like Kanye West and LeBron since breaking out in 2015 – hits Rebel on November 5.

What: As part of the 9th Annual EcoFair at the Barns, you’re invited to attend a movie screening of Tommorrow, which explores the collapse of the world’s ecosystems in addition to exploring the world in search of solutions that can save the children, and with them, future generations.

What: Food writer and 86’d Monday host, Ivy Knight Knight School presents this series of workshops and classes focusing this week on the making of Mongolian dumplings.