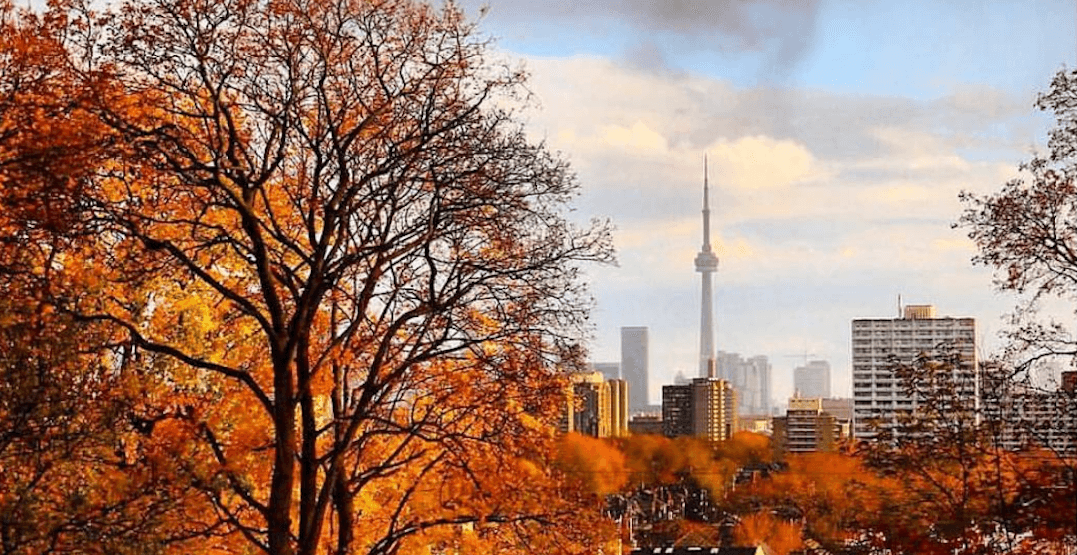 And with daylight savings almost upon us, it’s time to make the most of our days.

With plenty of outdoors (and indoors) festivities, there’s no excuse for not experiencing all that the city has to offer this month.

Whether you’re looking to get a head start on your holiday shopping or you want to catch a concert, we’ve rounded up the hottest November events happening in the city.

What: You’re invited to explore the supernatural side of Toronto’s historic pioneer village – in the dark! Featuring some of the oldest buildings in the city, Black Creek Pioneer Village is the perfect, creepy backdrop for a night of spine-tingling ghost stories. Each participant will receive a special, limited edition Haunted Walk flashlight. Tickets are available online from $24.75 – $29.75 per person.

What: Get into the Halloween spirit by catching one the ten most terrifying films of all time at the AGO. This month’s lineup includes Silence of the Lambs, Rosemary’s Baby, The Exorcist, and The Shining. This special event is part of the AGO’s creepiest new exhibit, Guillermo del Toro: At Home With Monsters, and will also have special horror film screenings running until December.

When: Now until December 8
Where: The AGO, 317 Dundas Street West

What: Spend an intimate evening with the former One Direction member whose stopping by Toronto’s iconic Massey Hall to showcase his new material.

When: November 1 to 30
Where: Various locations

What: The iconic Rhythm Nation singer will be making a stop in Toronto this month as part of her State of the World tour. Concert goers can expect an evening of nostalgia as the singer will be performing all of her biggest hits.

What: The John Candy Box Series is a new initiative that will feature eight different shows at the John Candy Box Theatre, an intimate performance space inside The Second City’s Training Centre to help recognize the outstanding work in Toronto’s comedy community.

When: November 3
Where: Sony Centre for the Performing Arts, 1 Front Street East

When: November 3 to 11
Where: Various venues throughout the city

What: Bringing a little bit of the country to the city, the longtime-running Royal Winter Agricultural Fair returns to offer farm goods and agriculture, entertainment, horse shows and shopping.

When: November 3 to 12
Where: Canadian National Exhibition grounds, 39 Manitoba Drive

When: November 6 to 12
Where: Revue Cinema, 400 Roncesvalles Avenue

The Bloody Beetroots live at the Opera House

What: The Bloody Beetroots will be hitting the road this fall for the “My Name Is Thunder” live tour in support of his upcoming album The Great Electronic Swindle and will be stopping at the Opera House. This marks the Bloody Beetroot’s  first live shows in North America in over three years.

What: If you’re in the arts, have dollars to drop and want to step up your networking game, this arts-focused awards event celebrates extraordinary contributions and commitment to the arts sector through philanthropy, unique and innovative partnerships, and volunteerism.

When: November 9
Where: Art Gallery of Ontario (AGO), 317 Dundas Street West

An Evening at the Market

What: A trip to Toronto’s historic St. Lawrence Market is an adventure that’s usually only an option during daylight hours. But for one night only this November, all 64 Market merchants will be open after hours and serving up an ambulatory feast in support of Second Harvest food rescue programs, and in partnership with George Brown College. Tickets are $75 per person.

When: November 9 to 12
Where: Various venues

What: It’s time for girl power for a good cause! We’re talking glitter and transfer tattoos, lip-sync battles, dance-offs, live roller skating, a full Spice Girls soundtrack and a dressing up bin in case you want to channel your fave Spice Girl. Proceeds raised will go towards Because I am a Girl Canada.

When: November 10 to 13
Where: Most events are at the Hockey Hall of Fame, 30 Yonge Street

When: November 10 to 19
Where: Four Seasons Centre for the Performing Arts, 145 Queen Street West

What: After smashing box offices last season, Mirvish’s “Disgraced” returns to offer a solid (but limited engagement) theatre option. It centres on a New York dinner party that gets interesting when discussion turns to – you guessed it – politics and religion.

What: Citadel + Compagnie (C+C) presents the Toronto premiere of Jusqu’à Vimy (all the way to Vimy), an evocative dance work honouring the 100th anniversary of Canada’s defining World War I moment: the 1917 Battle of Vimy Ridge.

When: November 16 to December 23
Where: Distillery District, 55 Mill Street

What: The Watch the Throne rapper will be in town for one evening this month to headline the ACC as part of his 4:44 tour. The rapper will be accompanied by Chicago rapper Vic Mensa.

When: November 30 to December 2
Where: Roy Thompson Hall, 60 Simcoe Street