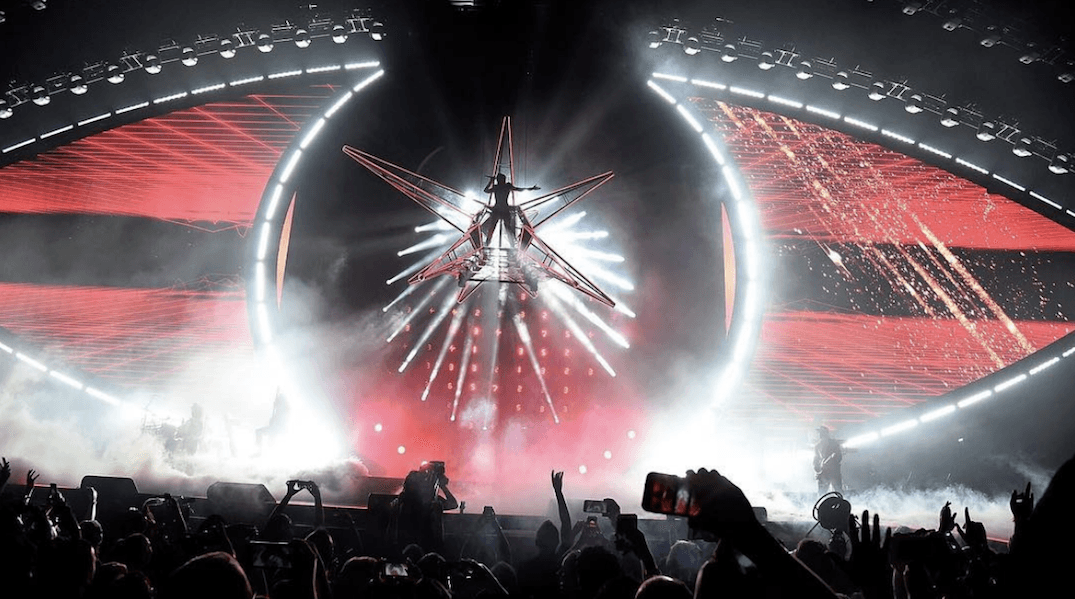 Whether pop music is your thing, or you have a soft spot for indie rock, or you’re a rap-lover, the November Toronto concert scene has a little something for everyone.

From Liam Gallagher to Jay-Z, here are the best Toronto concerts in November.

Tap into your inner “teenage dream” and dance of those mini Halloween chocolate bars on November 1 when Katy Perry hits the ACC.

Irish singer and songwriter Niall Horan (of One Direction) takes the stage in Toronto just after his solo debut Flicker topped the Billboard 200. The album sold 152,000 total copies in its first week of release.

New(ish) mom Janet Jackson hits Toronto as part of her “State of the World” tour, where she’ll offer a high-energy performance of both new and old hits.

Grammy-winning Canadian indie rock band Arcade Fire (who don’t seem so “indy” anymore) hit the ACC to perform an eclectic, multi instrument-filled show of both old material and hits of their latest album, “Everything Now.”

When: November 4 at 9 pm
Where: The Garrison
Tickets: Available online at $37

Rapper Lil Yachty – who has worked with names like Kanye West and LeBron since breaking out in 2015 – hits Rebel on November 5.

Beloved Canadian indie pop sister duo Tegan and Sara hit Toronto to fuel the crowd with nostalgic favourites as they tour their 10th anniversary for their 2007 album, “The Con.”

When: November 6 at 7 pm
Where: Queen Elizabeth Theatre
Tickets: Sold out (scalper, perhaps?)

Rapper Macklemore – who recently made headlines for leading a “F*ck Donald Trump” chant at a recent Arizona concert – makes a Toronto stop at Rebel on November 8, where we can expect both older material and tracks off his new album.

Josh Ritter – who was once named “one of the greatest living songwriters of all time” by Paste magazine – makes a Toronto stop on the tour for his latest album, “Gathering.”

When: November 8 at 7 pm
Where: The Opera House
Tickets: Available online at $32 (general admission)

American indie pop band Bleachers will make a Toronto stop on the tour of their new album, “Gone Now.”

Australian folk and indie pop group Angus & Julia Stone – comprised of siblings Angus and Julia Stone – make a stop in Toronto mid-November to offer the perfect date night (or not) with their smooth, dreamy melodies.

When: November 15 at 7 pm
Where: Phoenix Concert Theatre
Tickets: Available online at $35 to $437

Fresh from the release of her latest album, “Trip,” American singer and songwriter Jhene Aiko will undoubtedly deliver a raw, emotional performance (the album was shaped by the death of her brother in 2012) at Phoenix Concert Theatre.

When: November 19 at 8 pm
Where: Phoenix Concert Theatre
Tickets: Available online at $54 to $67

American rapper (and former chef) Action Bronson will take the stage at Rebel as part of his “Blue Chips 7000” tour.

When: November 19 at 8 pm
Where: Rebel
Tickets: Available online at $34 (general admission)

Hip-hop mogul Jay-Z makes a Toronto stop on the North American tour for his acclaimed “4:44” album.

Former Oasis lead singer will hit Toronto on November 23. Based on the tour so far, we can expect some Oasis classics in the mix, marking the first tour he has performed the songs solo.