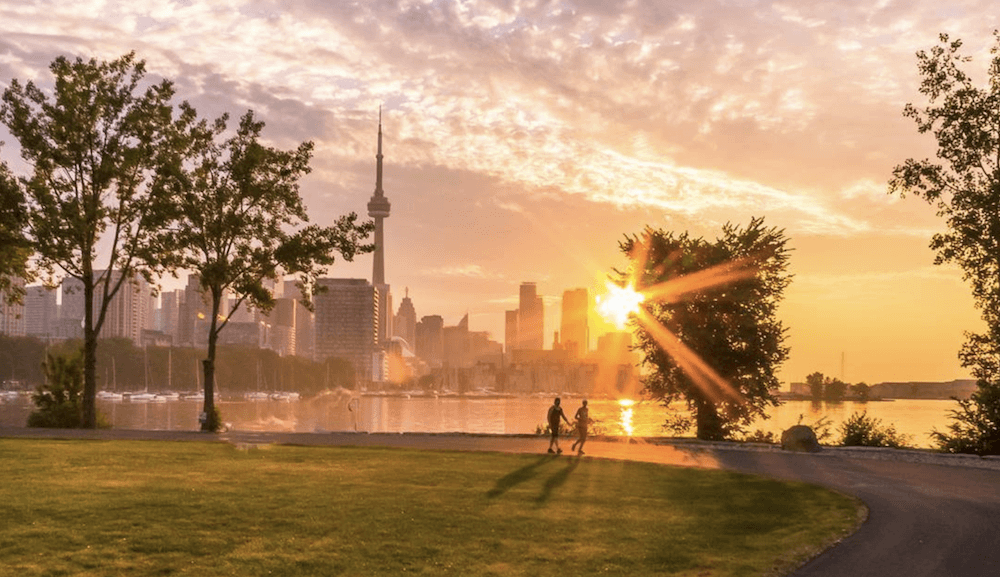 Finally done with your never-ending work week? Celebrate your freedom in style at one of these exciting events around town.

From an epic outdoor country fair to plenty of food festivals, these are the top 25 events happening in Toronto this weekend.

Where: Venues throughout the city
When: All weekend long

What: One of Canada’s largest Latin-themed celebrations is Toronto’s TD Salsa in Toronto Festival, which takes place over three weeks and features music, food, dance and family events.

Where: St. Clair Avenue West, between Winona Drive and Christie Street
When: All weekend long

What: This is the final weekend to check the 2017 Toronto Fringe Festival! Come and enjoy free, drop-in events that include live theatre, music, dance, arts, buskers, and performances.

Where: Various venues
When: All weekend long

What: Every July, UNITY Festival celebrates hip-hop diversity in an action packed event incorporating beatbox, dance, concerts, and spoken word. There’ll be a free dance exhibition and beatbox competition and a Unity concert.

Where: Multiple locations throughout the city
When: July 13 to 15

What: It won’t be long until you can hear Frozen’s Queen Elsa herself sing. Tony Award-winning actress and singer Idina Menzel is coming to Toronto as part of her massive 2017 World Tour. Menzel’s world tour includes over 50 cities, and it follows the release of her fifth solo album Idina.

Where: Sony Centre for the Performing Arts, 1 Front Street East
When: July 14, 7 pm

What: The popular outdoor movie night program is celebrating Canada 150 this summer. The event at Downsview Park will be screening films with a Canadian connection and this weekend’s movie is Disney’s Moana.

What: Now in its 56th year, the Toronto Outdoor Art Exhibition will feature over 340 visual artists, performers, and sculptures.

What: Celebrating 31 years of racing on the streets of Toronto, the Honda Indy Toronto is taking over the streets in July. It’s fast and furious in the city on that weekend.

What: Vaughan Pizza Fest, happening mid-July, promises to be the biggest pizza party you’ve ever seen. At last year’s festival, pizza enthusiasts from across Ontario enjoyed 50,000 slices of pie over the weekend.

What: MRG Events and Budweiser are throwing an epic County Fair in the city this month, that will bring the spirit of the country to the heart of the city with an outdoor boot-stomping party in downtown Toronto. The two-day festival will feature live music from tomorrow’s country music stars, BBQ from some of Toronto’s top chefs, games, and classic carnival eats.

What: Styled after the night markets from Taiwan, Hong Kong and across Asia, this outdoor market is a feast for the senses. Look forward to hawkers and food trucks selling everything from ramen burgers and stinky tofu to fried ice cream and matcha desserts.

What: Explore the music and culture of the St. Lawrence River through this super entertaining, weekend-long showcase featuring East Coast music and performances from Tuns, Lisa LeBlanc and Booga.

What: The history of Carnival will be shared with Regent Parks community with an afternoon complete with interactive participation in Carnival Art.

All Day I Dream of Sunshine Divine

What: This Saturday, head to Toronto’s Fort York for an afternoon of blissed out melodies and electronic grooves that will have you dancing all day long.

What: Metal heavy hitters Iron Maiden are back on the road for their ‘Book of Souls World Tour.’ The English band is currently on their North American leg, and by the end of this tour this month, the band will have performed 117 shows in 36 countries. Legends!

What: With his classic hits that everyone seems to know every word to, Tom Petty’s Toronto concert will become a stadium-wide sing-along and one you surely won’t want to miss. Tickets range from $30 to $171.75.

What: CityPlace Fort York BIA will be hosting a free movie night once a month up until September.  Gather up your friends, bring your blankets/chairs and come a little early to enjoy snacks/refreshments. The weekend’s film is Half Baked.

What: North America’s largest halal food festival is coming back to the city for its fifth mouth-watering year. For two full days, the event will bring together nearly 200 exhibitors and some of the Toronto’s best halal bakeries, restaurants, and specialty stores. Notable guests include Amanda Saab, past contestant on MasterChef on FOX, and Yvonne Maffei, author of the wildly popular blog-turned-cookbook, My Halal Kitchen.

What: Splashing some spiritual culture into the city, the 45th Annual Festival of India returns on July 16 for two days of mouth-watering festivities. The event will begin with a euphoric parade down world-famous Yonge Street, followed by a day of festivities for the entire family. There are various events taking place throughout the weekend, so head to the event website for full event times.

What: This single day celebration will feature the Ontario Oyster Shucking Championships and live music by the Mercenaries. The real draw, however, is the bounty of fresh seafood on offer al fresco. Oysters, lobster, mussels, popcorn shrimp, and fish tacos are all on the menu and you can knock ’em back along with Caesars, bubbly, and bourbon.

What: Calling all music lovers, this Sunday you can check out the Lost & Found Showcase featuring Guy J, Eelke Kleijn, Guy Mantzur, Chicola, Khen, Sahar Z with Alberto Jossue on support. This outdoor concert is 19+, with tickets costing $50.

What: Metallica is on tour with a new album called Hardwired…to Self-Destruct, where they’ve played both old and new favourites, complete with pyrotechnics and a massive video screen. Tickets range from $55.50 to $3299.

What: This year, the Christie Pits Film Festival’s theme is EYES ON THE PRIZE, and will be screening films about competition and beating the odds. Locally organized, the Christie Pits Film Festival has attracted thousands to its free weekly series of outdoor films. Sundays throughout the summer, the screenings will include a mix of old and new, with this week’s film being Speed Sisters. Although all screenings are free of charge, there is a suggested donation of $10.