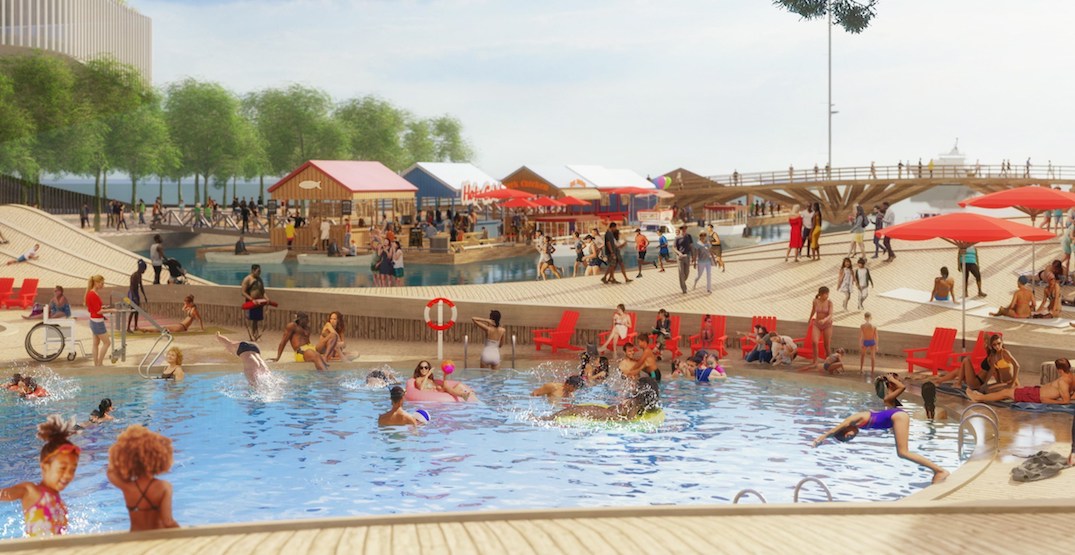 The Toronto waterfront may soon be getting an upgraded look.

On Monday, Waterfront Toronto released details and renderings of what is planned for their revamp of Parliament Slip on the city’s eastern waterfront. The new plan calls for several additions, including a public swimming pool, water amphitheatre, boardwalk, and a floating restaurant.

“Parliament Slip is our chance to create an exciting experience on the water for all types of marine activity,” said Waterfront Toronto CEO George Zegarac.

“Our plan promises to deliver new kayak and canoe launches, lakeside pools and open water swimming opportunities, a floating restaurant, new mooring facilities with charging stations for electric marine craft, and a waterfront amphitheatre for people to enjoy views of the harbour activity.”

Plans also call for a floating dock with concessions. 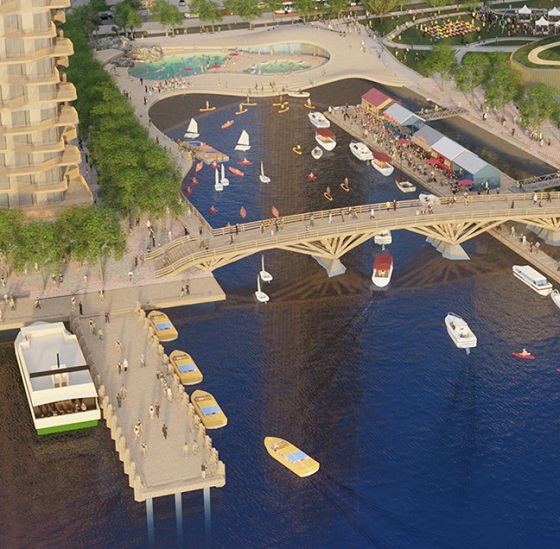 This new vision for Parliament Slip, located on the waterfront just south of the Distillery District, comes as part of Waterfront Toronto’s 2020 Marine Use Strategy update — a plan to create an active, safe, and accessible harbour, according to the press release.

Waterfront Toronto partnered with the City of Toronto, PortsToronto, and Toronto and Region Conservation Authority in June 2019 to work on the Marine Use Strategy update.

Zegarac says that their hope is the rejuvenated waterfront will bring Torontonians’ focus back to the water.

“Toronto was born on the waterfront, but industry forced it to turn its back from the lake. With today’s announcement, we are fulfilling our promise to reorient the city back to the water,” Zegarac said.

Waterfront Toronto’s overall vision for the city’s waterfront is to create a continuous loop that “ties together key attractions and destinations along the inner harbour.” 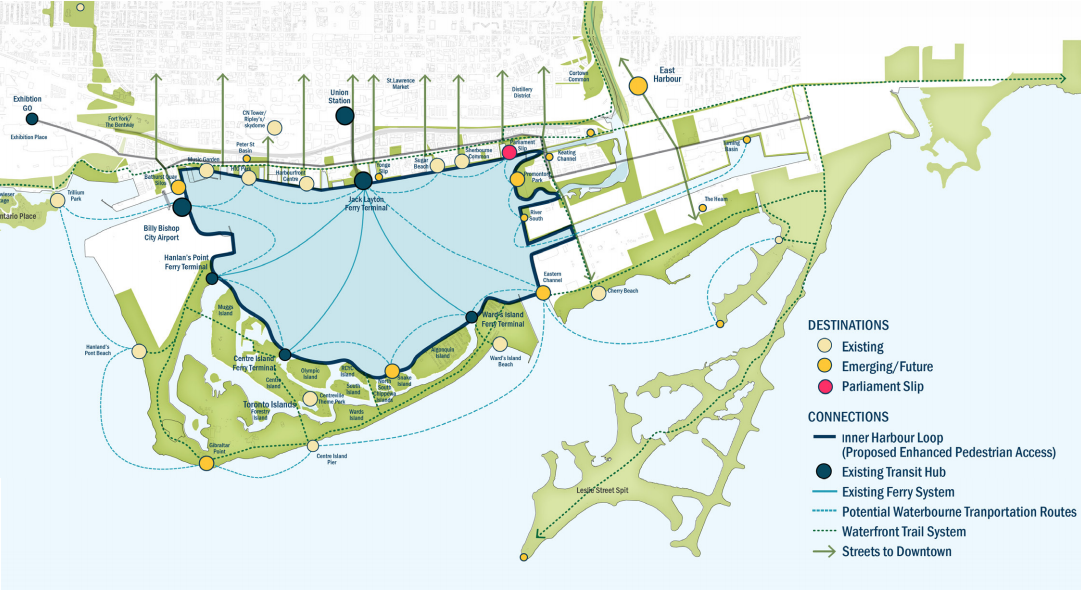 A Marine Coordination Committee will be established to take the recommendations from the Marine Strategy Report and put them into action. The press release says they will do so while continuing to work with residents, business owners, Toronto’s Indigenous community, and environmental groups.

A timeline for the project has not yet been provided, so there is no set date for when all of the exciting new features will open.