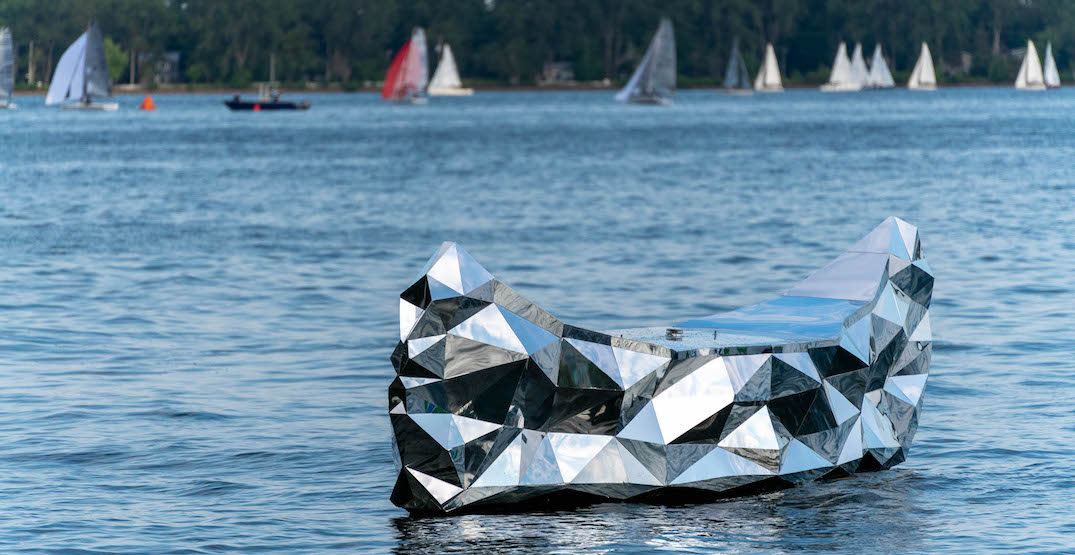 The streets of Toronto are covered with public art, and now there’s some in the water, too.

The canoe, created by artist Jay Havens, who is of Haudenosaunee and Scottish Canadian ancestry, is part of Waterfront Toronto’s Temporary Public Art Program. Havens says that when he saw the open call for floating artwork, he saw it as an opportunity to share his Haudenosaunee culture.

“Usually, on my jobs I don’t get to choose what story is being told,” Havens explained in a Waterfront Toronto blog post. “I was excited to propose something that could educate people in the community about the land and waters they live on.” 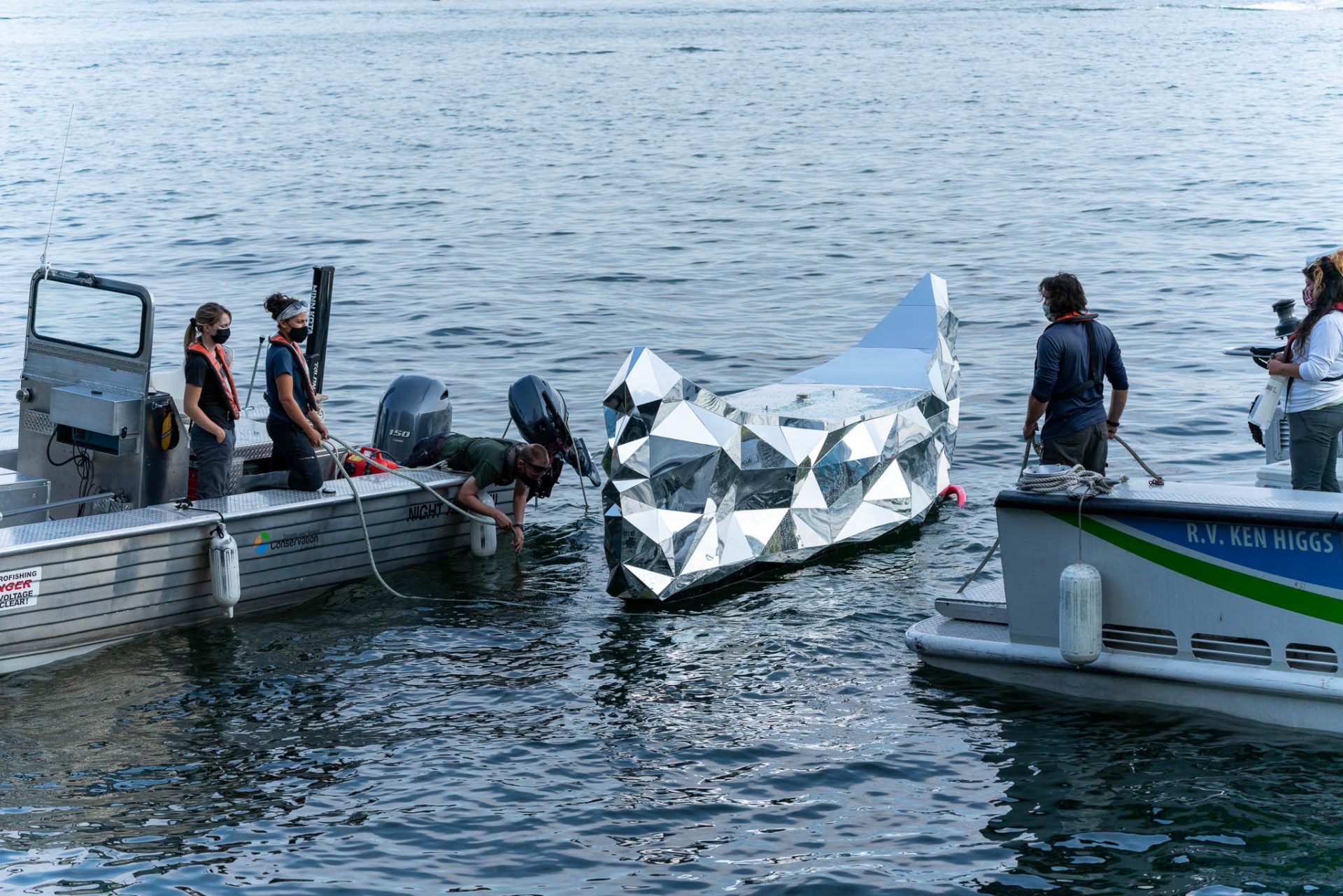 He hopes that the canoe will be a reminder of the history that took place here long before settlers ever came. That includes the story of The Peacemaker — an ancient story of the leader who founded the Iroquois Confederacy that united six different tribes.

“The Peacemaker was raised on these lands and the ideas he had about fair governance and democracy come from this region too,” Havens said. “I’d also like visitors to think about some of the laws that have existed after The Peacemaker. The laws of Canada that exist even today have not benefited all people, especially our Onkwehonwe brothers and sisters.” 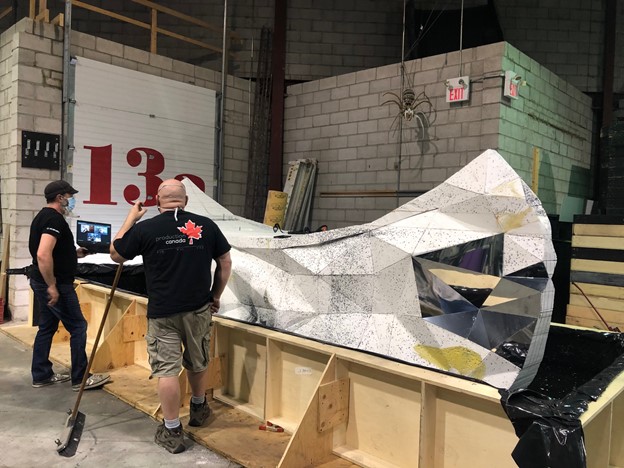 To create the art piece, Havens started with a 15 ft canoe he bought off Craigslist and used that as the centre of the sculpture. Material was then added to the outside to create the geometric shapes.

“Next, reflective tiles were individually cut and added,” Havens said. “Finally, a clear coating has been used to keep everything watertight.”

The Peacemaker’s Canoe is on display now and will stay in the Toronto waters until September.