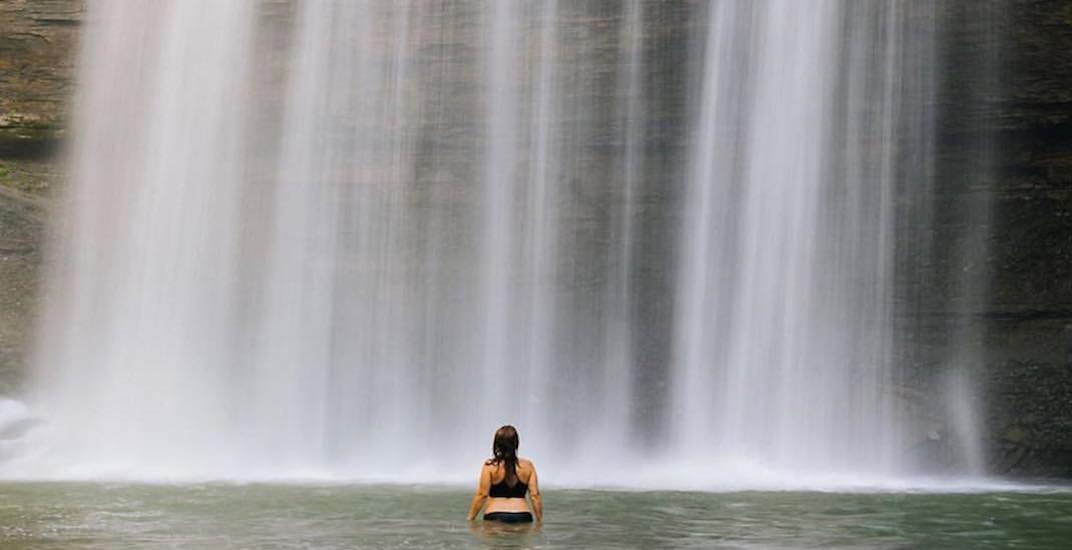 When most people think of waterfalls near Toronto, chances are they instantly picture the world famous trio of falls that make up Niagara Falls.

But believe it or not, Toronto is a quick drive away from hundreds of picturesque waterfalls that are worthy of a visit this summer.

We’re not sure what TLC was going on about, but definitely, do go chasing these waterfalls that are a lot closer to the city than you might think. 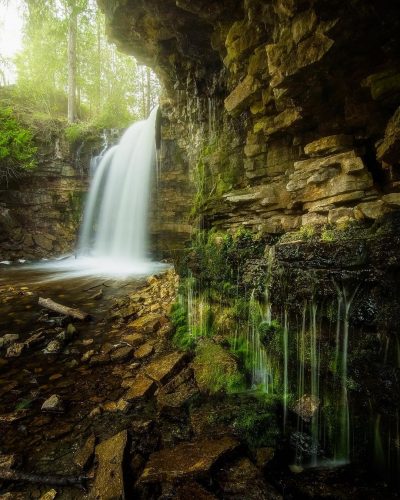 While this waterfall isn’t the biggest on the list, it’s still mighty! This is a gem of a waterfall is 10-metres and always produces beautiful pictures. Surrounded by numerous hiking trails, this beautiful location is a stunning reward at the end of an afternoon hike. 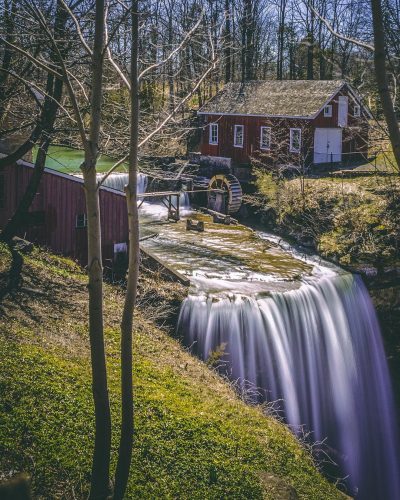 Located 1.5 hours from Toronto (on a good traffic day), you’ll find DeCew Falls, which boasts upper and lower falls that are perfect for exploring. The upper DeCew falls is a 22-metre plunge waterfall while the lower is a smaller 8-metre cascade variety, both of which are stunning in their own way. Especially in your Instagram feed. 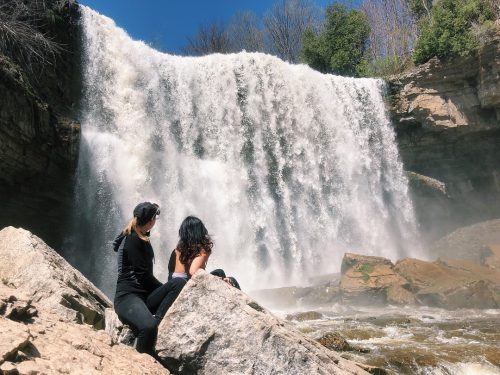 Webster Falls is one of two waterfalls located in the Spencer Gorge Conservation, with Tews Falls being the other. Webster is a magnificent tiered waterfall that stretches 22 metres high and approximately 30 metres wide. What’s great about Webster Falls is it’s open year-round and it’s easy to get to. 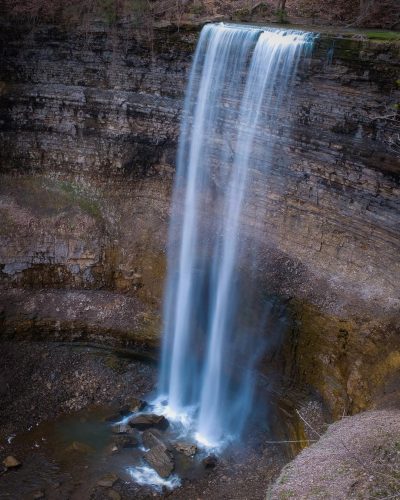 Tews Falls is the second waterfall located in the  Spencer’s Gorge Conservation. Spanning 41-metres tall and 10-metres wide, this ribbon waterfall happens to be the largest waterfall in Hamilton. Connected to the Bruce Trail, Tews Falls is surrounded by numerous hiking trails and picnic spots, making it the perfect destination for an afternoon escape from the city. 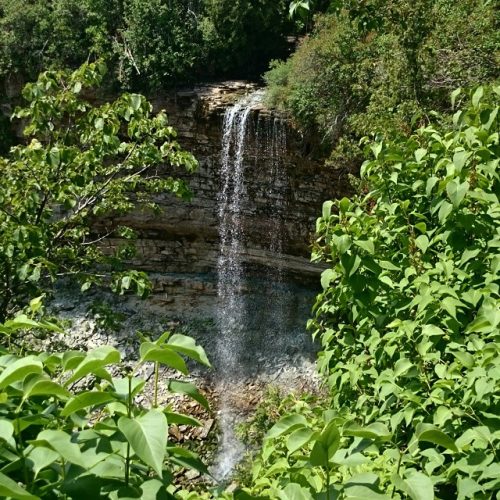 Borer’s Falls is one of thirteen waterfalls located in Hamilton. Located in the Borer’s Falls Conservation Area in Dundas, Borer’s Falls is a 15-metre high curtain style waterfall with year-round flow. In addition to the scenic views, visitors can also enjoy tubing and kayaking through the nearby Grand River rapids. 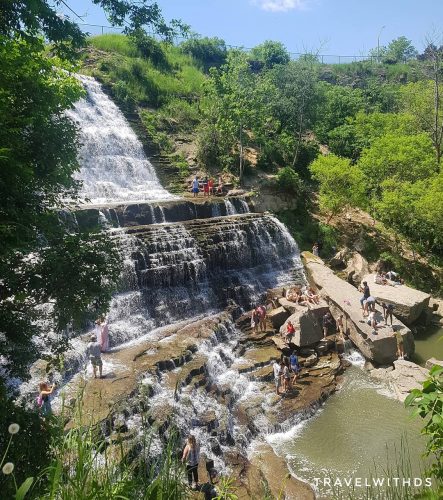 This cascading 19-metre waterfall is a popular watering hole during the warmer months. The falls run into the Niagara Escarpment in Red Hill Valley with the top of the falls set on Mud Street. When visiting Albion Falls, make sure to obey signs as climbing the rocks surrounding the falls can be very risky. 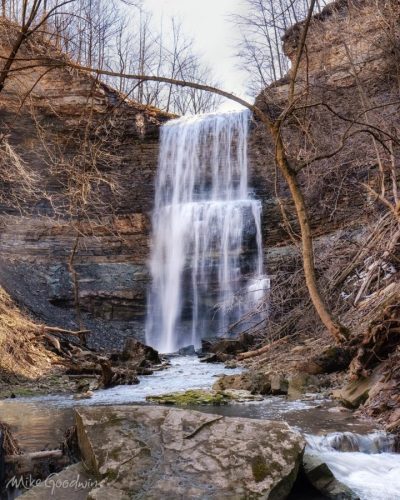 Located under two hours from Toronto, Felker’s Falls is a 20-metre ribbon waterfall, surrounded by scenic vantage points and trails, including the Peter Street Trail, a wheelchair accessible loop trail which winds through the conservation area. 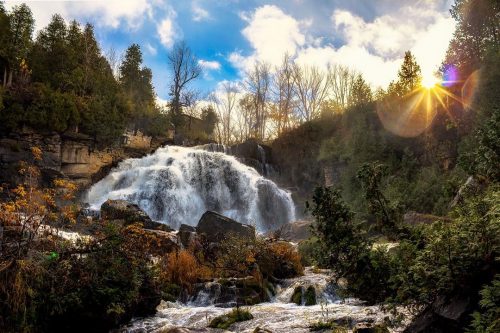 While Owen Sound is a bit of a trek from Toronto, over three hours to be exact, Inglis Falls is definitely worth the trip. Known for being the most popular waterfall in Owen Sound, Inglis Falls is an 18-metre high cascade waterfall, created by the Sydenham River meeting the edge of the Niagara Escarpment. 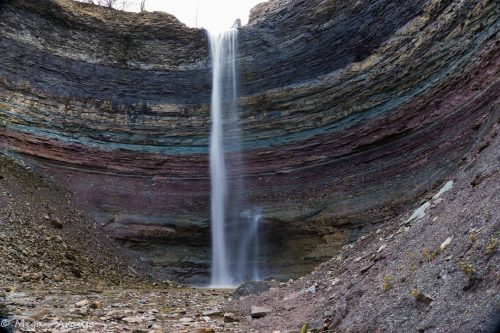 Quite easily the most unique waterfall on this list is the Devil’s Punch Bow. Located in Devil’s Punchbowl Conservation Area, the area contains two separate falls, upper and lower Punch Bowl Falls. The Lower Falls is a 5.5-metre classic waterfall, while the upper falls is a 33.8-metre ribbon waterfall, which is truly a sight to see. 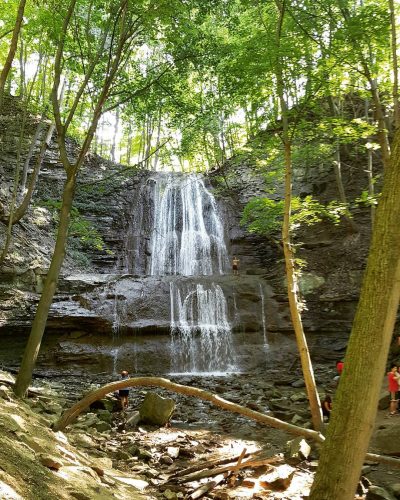 This 17-metre high curtain waterfall runs along the Bruce Trail and flows over the Niagara Escarpment. Often referred to as “Angel Falls” and “Fairy Falls” the waterfall free-flow has two drops, creating a picturesque twin streamed waterfall. Mystical and quaint, indeed. 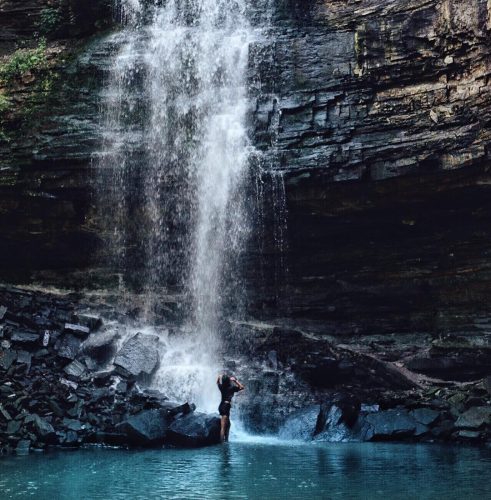 While Hamilton is quite literally home to more than 100 waterfalls, one of the most spectacular among them are the Chedoke Falls atop the Niagara Escarpment. Aside from their natural beauty, part of their appeal lies in the challenge of getting there. There is no road access anywhere near the falls and hiking boots come highly recommended. 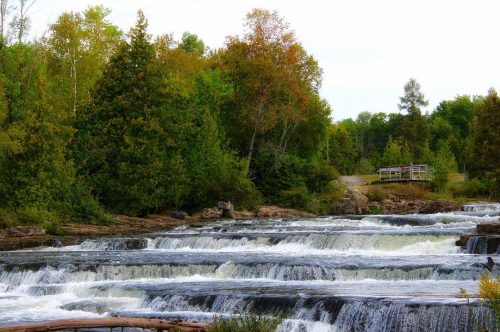 If you’re up for a road trip, popular summer town Sauble Beach is home to Sauble Falls which was once used to power a timber mill. While small in comparison to some of the other giants on this list, Sauble Falls is the perfect place to cool down on a hot summer’s day. 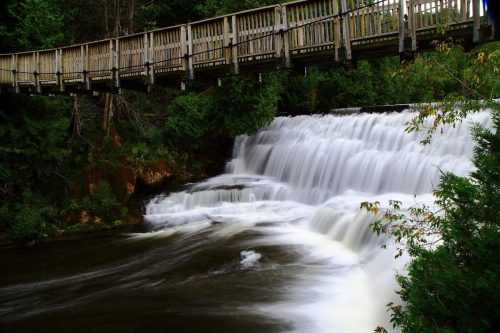 Located in the pristine Belfountain Conservation area, Belfountain Falls is surrounded by lush forests, creating the ultimate escape from the city. There’s also a suspension bridge hanging over the rushing falls, so you can check out the falls from above. 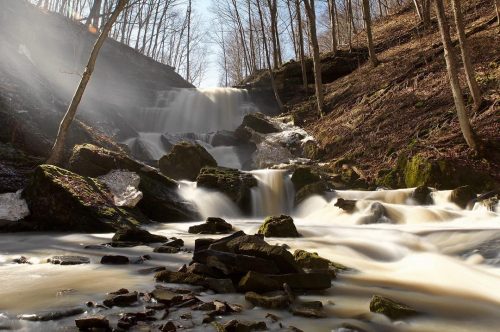 Located in the Beamer Falls Conservatory Area you’ll find Beamers Falls, two picturesque falls and a precipitous gorge that are quite easy to locate. To reach the lower falls, visitors can simply hike upstream. To reach the upper falls, look for signs for The Lookout Trail, which provides wheelchair accessible viewing platforms where visitors can take in the stunning sights.