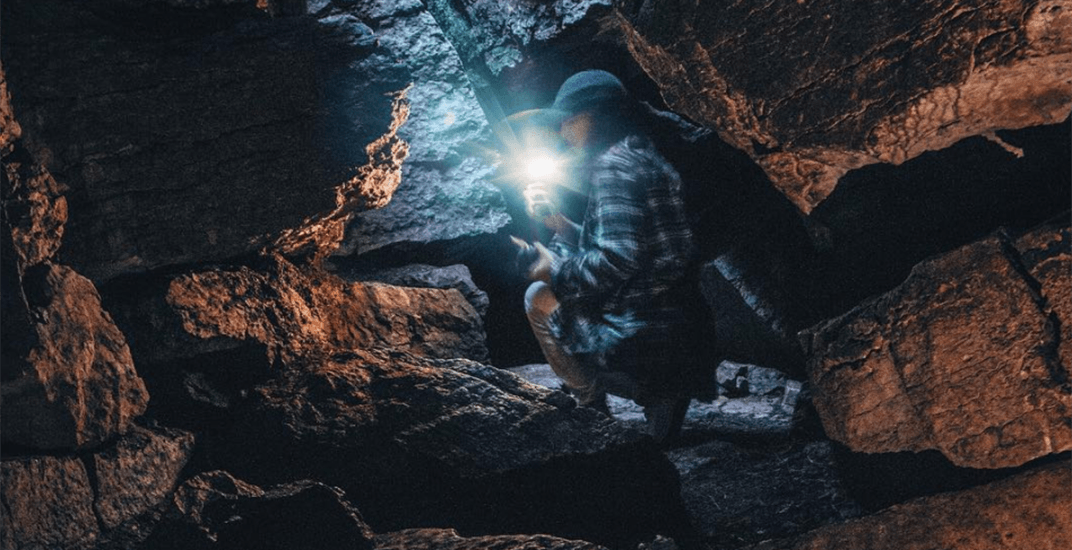 Ontario is a trove of natural treasures.

Breathtaking lavender fields, open-air bathtubs, and desert-like badlands are just some of the incredible wonders that await north of Bloor.

You’re probably familiar with Collingwood’s notorious scenic caves, but venture eastward and you’ll encounter quite the cavernous scene as well.

The Warsaw Caves are located roughly 20 minutes northeast of Peterborough, two hours from Toronto, in a village that shares its name and about one millionth of the population with the Polish capital.

Here you’ll find a winding network of underground paths and tight crevices sandwiched between commanding limestone rocks, the majority of which are explorable with some sturdy footwear and disregard for claustrophobia.

Equally enticing are the natural offerings of the surrounding Warsaw Caves Conservation area. Hiking, canoeing, rock climbing, camping, cycling and a beach are all at your leisure.

You know what this calls for, right? Round up the road trip crew.