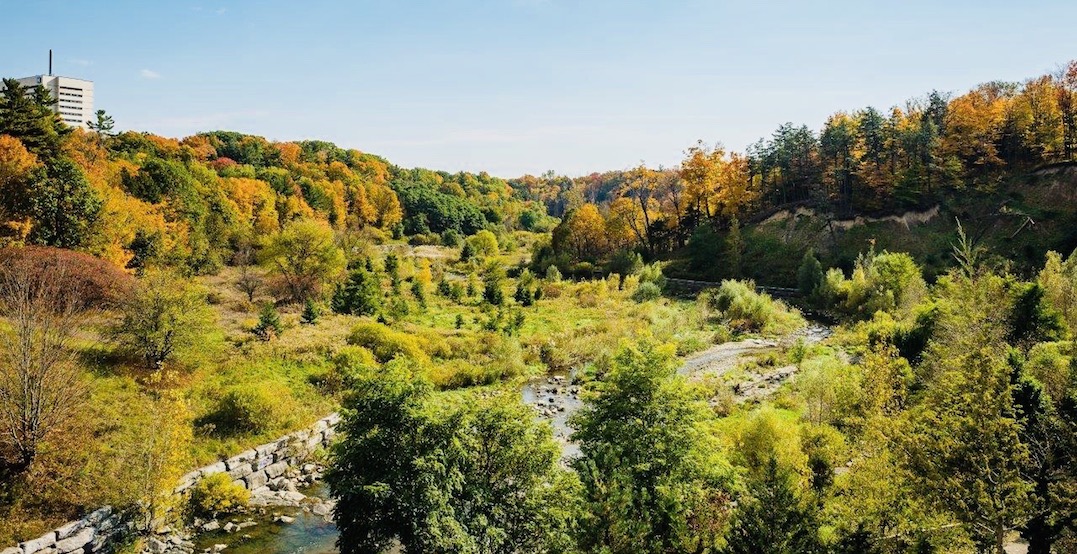 Toronto city council has voted unanimously to adopt the new Ravine Strategy Implementation Plan that aims to clean up and protect the city’s ravines, and to develop an 81-kilometre Loop Trail.

In partnership with Evergreen and the Toronto and Region Conservation Authority, the Loop Trail will knit together nearly one-third of the city’s ravines — which extend over 300 kilometres and 11,000 hectares, and cover 17% of the city’s land area.

It will also connect to and support the Meadoway, the continuous, multi-use trail that will ultimately link downtown Toronto to the Rouge Urban National Park, allowing for travel between the two without leaving nature.

The continuous, off-road, multi-use ring trail is only a part of greater actions being taken towards preserving one of the largest ravine systems in the world.

The adopted overall strategy outlines aims for implementation over the next 10 years, including an additional $2.7 million annually going towards enhanced services for ravine litter collection and invasive species control.

Further, it recommends additional funding of $104.9 million to upgrade 10 Priority Investment Areas in the ravine system.

“Healthy ravines are the roots of Toronto’s environmental sustainability. While climate change is a global phenomenon, the work that needs to be done is local and that is why this expanded long-term investment in our ravines is so important,” Mayor John Tory said in a release.

“This Ravine Strategy will make sure we do better and that we are much more aggressive when it comes to investing in our ravines, cleaning them up, and making sure we are protecting them now and into the future.”

Further recommendations on the adopted plan include launching a ravine fundraising campaign and a Ravine Campaign Leadership Table to push forward two initial projects: the aforementioned Loop Trail; and the establishment of an “InTO the Ravines: Nature at your doorstep” micro-grant program.

The document suggests requesting funding from other orders of government to fund implementation of the Ravine Strategy, and the creation of a ravine unit within the Parks, Forestry and Recreation division.

According to the report, ravines contain 87% of Toronto’s environmentally significant areas, forests and wetlands, and many varieties and significant species of plants and animals.

The city’s Ravine Strategy — which understands Toronto’s ravine system as a natural, connected sanctuary essential for the health and well-being of the city — was adopted by city council in October 2017.

Its main principles are to protect ravines and watersheds, invest consistently, create more opportunities for folks to contribute to ravines, connect people with nature, and celebrate the beautiful, essential system.