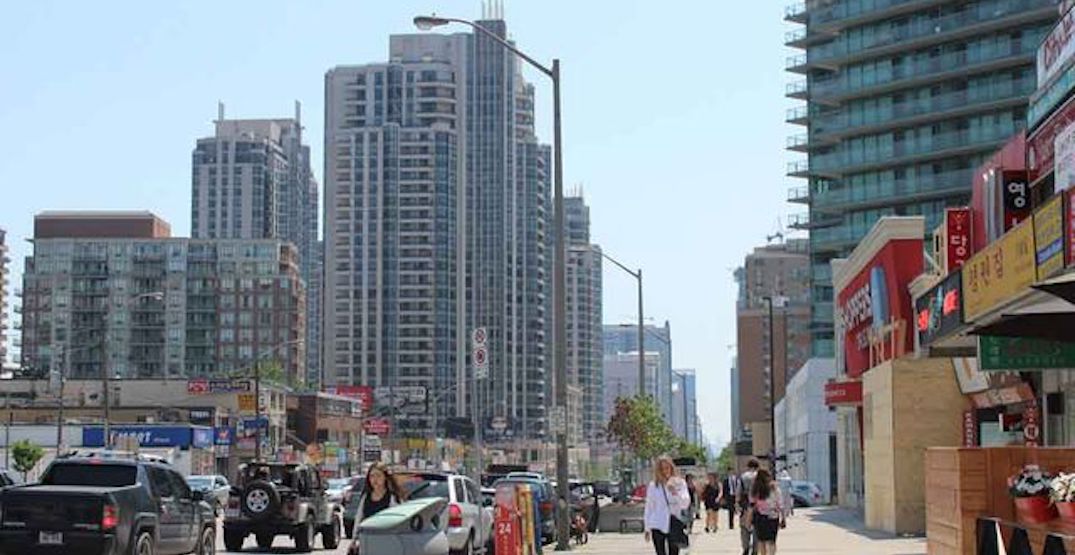 Toronto condo prices broke records across the city over the past year, but as much of the condo market begins to stagnate, one neighbourhood is heating up, and it’s not where you might expect.

A new report from Strata.ca found that the condo market in North York has seen consistent growth over the past four months, rising from an average one-bedroom sale price of $503,000 in March to $528,000 in July. Two-bedrooms have also risen, hitting a yearly high in July of $698,400.

Properties here are also going consistently over asking, with one-bedrooms going for 3.32% over asking in July. This, according to the report, is a stark contrast to the beginning of the year when they were selling under asking.

North York is likely drawing attention from buyers seeking a “cheaper” alternative that still has all the conveniences of living in the city.

“Many of the people buying in North York right now are first-time homebuyers as it’s a bit more ideal as an entry point,” said Strata.ca broker Cliff Liu. “It’s also an area where downsizers can pick up a retirement home but still find all the conveniences of the city.”

There’s one North York neighbourhood, in particular, that’s seen significant growth: Willowdale. Located close to the DVP and the 401, it also has access to Yonge Street, so it’s understandable why this area is in high demand. Just last month in Willowdale, one-bedroom condo buyers were paying an average of $60,000 more compared to June.

Condo prices in the rest of the city have hovered around $790,000 since April. Interestingly, condos in midtown actually took a steep nosedive, dropping by nearly $150,000 from April’s peak.

“July numbers are in, and the average sale price of a condo in Toronto last month was $712,046,” said Strata.ca Broker of Record Robert Van Rhijn. “That’s just a $350 increase compared to June.”