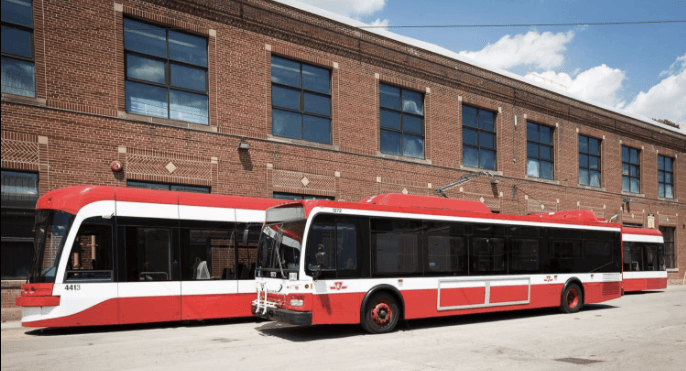 The TTC has unveiled the look of its new buses.

The new bus design matches the Toronto streetcars, and will be applied to new buses and rebuilds, according to Ross.

“The new bus look, to be clear, will only be applied to newly-acquired buses and those buses that were rebuilt and needed a new paint job,” he tweeted.

The news comes today after the TTC’s latest report, which revealed a massive decline in customer satisfaction.

Here’s hoping all the new buses are air-conditioned.